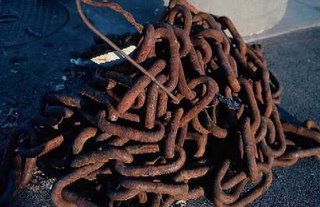 Rank clearly does have its privileges for, while we chunter away to ourselves on this blog, when a senior judge takes up an issue on the same point, it goes straight into the pages of The Daily Telegraph. The only consolation is that he too will be ignored.

The point the learned judge makes, in this case, is that there is simply too much law, set out in a piece entitled Judge attacks 'explosion' in new legislation.

The man in question is Sir Roger Toulson chairman of the Law Commission. But his recipe for improvement, we are told, is that there would be less need for new legislation if Parliament scrutinised existing laws after they had been passed.

In 1965, when the commission was established, there were 7,500 pages of new laws, including both statutes and secondary legislation. By 2003, that figure had grown to 16,000 pages, plus another 11,000 pages of European Union legislation. In 2004, the figure for domestic legislation had risen still further to almost 18,000 pages.

"There has been, over the life of the Law Commission, a legislative explosion," Sir Roger said. "It has been a steady progression: each government has legislated more than its predecessor." One reason, he says, was that life had become more complicated. Another was that Britain had become part of the EU.

The Telegraph leader takes up Toulson’s points (oddly enough, not reproduced on-line), asking what is the point of all this new law. Do you feel safer as a result of the 30,000 pages of new laws passed each year by this Government? Or freer? Answering its own questions, the result, the paper says, is in fact a society with more laws but less justice.

Actually, Toulson isn’t even off the starting blocks. Parliamentary scrutiny is all very well but would not be necessary if the laws did not exist in the first place. As we pointed out, in a post last December, the underlying problem is the "regulatory mindset", the belief that there are few problems in life that cannot be solved by a new law.

But, since we have rampaging law-factories in both Brussels and Whitehall – the only growth industry we have - nothing it going to get any better until we, the people, decide we have had enough and cast off our chains. And that looks like a long time coming.