The other economic victim of Russia 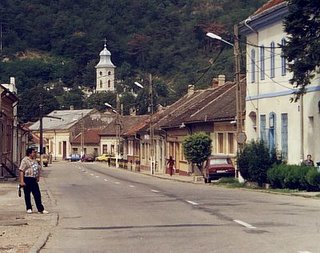 While attention has concentrated on Russia’s attempts – sometimes successful, sometimes less so – to bully Ukraine, there has been a memory lapse on the subject of Moldova, an extremely poor former Soviet republic, where there has already been a good deal of Russian meddling in Transdniestria.

Despite its much-vaunted good neighbourhood policies the EU has tried to ignore the problem of Moldova, not having any particular ideas how to deal with it and not wanting to upset everybody’s good friend Vladimir in the Kremlin.

However, when Russia peremptorily raised gas prices for Ukraine, it did so for Moldova as well, demanding that it now pay $160 per 1,000 cu.metres. As Moldova cannot do so, Gazprom, that supposedly independent organization, which just happens to be largely owned by the Russian government, has cut off supplies on January 1.

Moldova’s representative to the EU, Yevgeny Karpov, has asked that organization to intervene and negotiate a deal between his country and Gazprom or, rather, Russia. His opinion is that this is an attempt to pressurize the Moldovan government to turn away from its pro-western policies. They may yet do so, as these policies are not exactly achieving any help or support from the European Union.

Winters in Moldova tend to be very harsh and the temperature is expected to fall to -21°C by the end of the week. No doubt Señor Solana will continue wringing his hands.