Stealing the food from their mouths 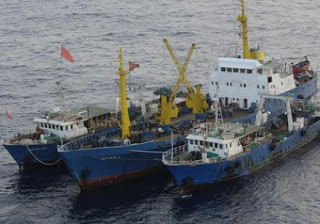 We often complain that the media's idea of journalism is to cut and paste agency copy or to print, almost verbatim, press releases from favoured sources, with little analysis or addition, other than the occasional "rent-a-quote" from a convenient personality.

However, sometimes the media cannot even be bothered to do that, even when an issue is topical, important and the information is from an unimpeachable source.

Such neglect is the fate of a recently released report on the multi-billion dollar theft by diverse vessels – including those from EU member states – of fish from developing nations. This is in spite of it being issued by the Department for International Development (DFID), complete with a convenient press release which even British journalists could understand if they tried hard enough.

The full 178-page report, entitled "Global Extent of Illegal Fishing", is produced by the Marine Resources Assessment Group with funding from DFID and support from the Norwegian Agency for Development
Cooperation (NORAD). 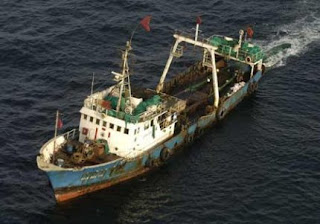 Its substantive finding is that global annual losses from illegal fishing in the waters of developing nations could be double earlier estimates at $10 to $23 billion. The scale of illegal fishing in African waters is now so serious that it is in danger of decimating stocks across the continent, with losses for sub-Saharan Africa alone totalling $1 billion per year.

To date, the only publicity the report has received (that we know of) is from The Nation in Nairobi.

What probably killed the publicity though is that the report, inexplicably, is dated July 2005 (a fact not evident from the press release) although "stale" data do not necessarily deter the media from publishing if it is interested in the subject.

More than anything, therefore, what we seem to be seeing is an almost complete lack of interest. Even though the "food crisis" and starvation in the third world are highly topical, the last time this issue was given a serious airing was in January, by the New York Times. Not since June 2006 has it been reported by Reuters, and it was a month earlier when a British newspaper last took it seriously.

Such is the black hole into which it has fallen that even Greenpeace – which had no trouble attracting publicity when shadowing Japanese whalers – has had difficulty making a mark. 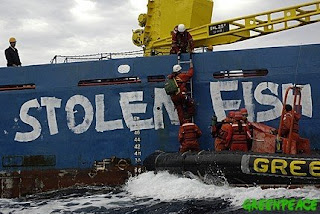 Not our favourite organisation, it has nevertheless been doing good work in this area. In March 2006, for instance, it outed a Spanish refrigerated cargo ship, the Binar 4, illegally trans-shipping fish in international waters, caught by Chinese trawlers in Guinean waters.

Although it wrote a detailed report of the incident, it is difficult to recall any serious publicity arising from it and nor does the internet yield any evidence of media interest. Nor, a year later, when Greenpeace published the "first global database of blacklisted, illegal fishing vessels" did it get any media attention.

Quite why the media should be so reluctant to report on an issue of such vital importance is something of a mystery. On the face of it, as a story, it "ticks all the boxes". Complicity of the EU and the fact that responsibility does not lie directly with the British government may be a factor. It may be a victim of the elephant in the room syndrome.

But, as long as it does remain unreported, it can never build the political or popular momentum that is needed to drive action. For that – as with so many other things – the fourth estate bears not a little of the responsibility for the fact that this scandal continues unchecked.