Tearing apart the House of Europe 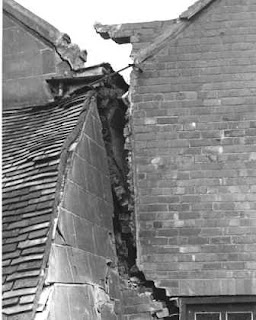 With economic precision, the IHT reports that:

So passed what was supposed to be the final, final deadline with the commission had set itself last month, the latest in the ongoing saga that is tearing the "House of Europe" apart.

This is what is so entertaining about this whole affair, barely reported by the British media – now there's a real surprise.

The EU, on the one hand, wants to be seen as "progressive", fostering the liberalisation of trade, and it regards biotechnology as one of the areas in its fabled "knowledge-based society" where it wants to Europe to take the lead. GM crops fit very nicely into that profile.

On the other hand, having cultivated the Greenies in a bid to talk up its environmental credentials – and thereby its popularity – and having also made itself slave to the "precautionary principle", the commission puts at risk the support of the entire Green lobby if it allows unfettered development of these products.

In effect, the commission is damned either way, and it is delicious watching it squirm.

Thus does the IHT record that the commission has come under pressure from industry and environmental groups - which is something of an achievement – over the approval of a potato produced by BASF of Germany and two strains of corn, one produced by DuPont and Dow AgroSciences of the United States, and another corn variety from the Swiss company Syngenta.

Desperately seeking a way out, the commission is attempting to kick the issue back into the long grass by directing the European Food Safety Authority (EFSA) to conduct additional safety tests on the products. This, it says, is the most effective way to reach a decision.

Needless to say, commission spokesman Johannes Laitenberger could not say how long the review process would take, while trade commissioner Peter Mandelson's spokesman says that Europe (he means the European Union) is "making progress".

Mike Hall, a spokesman for Pioneer Hi-Bred, the maker of a pest resistant GM corn variety, was less then impressed. "Today represents continued procrastination and unnecessary delay," he said.

Another GM producer, BASF, is clearly losing patience and has warned of legal action against the commission if it did not rule soon to allow cultivation in Europe of the company's high-starch biotech potato, the Amflora. The food safety agency "has repeatedly stated that Amflora is safe for humans, animals and the environment," said Susanne Benner, a spokeswoman for BASF.

To add to the general disarray, a report from EU business tells us that its payroll lobbyist, Friends of the Earth Europe, together with Greenpeace, have ripped into the commission, condemning the referral back to the food safety agency as a "huge vote of no confidence in the EU's approval system," calling into question the agency's ability to vet GM crops.

Both organisations are now calling for EFSA to be "reformed", to ensure that its opinions are "scientifically sound and impartial". They also say that the agency is understaffed and lacks the appropriate expertise to fulfil its legal obligations on EU GMO risk assessments.

Asking Europe's underfunded and inadequate food agency to look at the safety of these crops for the third time is like putting a fox in charge of a hen house," declares said Marco Contiero, Greenpeace EU GMO campaign director.

So the drama continues, dragging on into eternity, a spectacle that can only be enjoyed – like a fine wine – by the connoisseurs of that uniquely corrupt and inept organisation, the European Union.