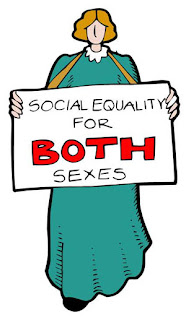 The elephant continues to skulk, unseen, no more so than in the lead editorial in today's The Daily Telegraph, which complains that, "Business needs less, not more, red tape".

The proximate cause of its complaints is the government's new legislative programme which, it says, "will make life tougher for small firms on two fronts". One is the plan to extend the right to request flexible working hours to four-and-a-half-million parents of children aged up to 16, and the other is a plans to "give" new employment rights (not than many want them) to agency workers.

Nowhere, in the litany of grievances that follows, however, is there any hint of that elephant, the EU, yet both these measures have "EU" written all over them.

The paper, however, does have one small excuse in that neither of these issues is covered directly by existing EU directive. There is no obvious "smoking gun" to which we can point and say, unequivocally, this is an EU requirement, as such.

If there is an excuse, though, it is indeed a small one. What The Telegraph neglects – along with most of the population of the UK and almost all our provincial politicians – is the subtle but highly significant shift in the way that the EU is run.

The traditional paradigm is the legal route, whereby the commission proposes a new law, the Council of Ministers (and the EU parliament, where co-decision applies) approves it, and then member states implement it.

What is now happening though is that the EU is employing more of a political route in getting its measures introduced. The commission still makes the running, in tabling a series of proposals, but it does no go directly to the lawmaking stage. Instead, its ideas are presented first to the European Council, from which is obtained a political commitment to the ideas presented.

What happens then is that (some of) the member states start implementing the proposals, in anticipation of formal EU law, smoothing its path and, to an extent, neutralising objections when the law in finally introduced. This procedure also allows member state governments to foster the illusion that they are still in charge.

This mechanism was very much in evidence in the Spring European Council last year, when the member states apparently raised and then agreed the disastrous 20 percent quota on renewal fuels, and the ten percent biofuels quota.

In fact, what the members were actually doing was reacting to a formal commission proposal, namely COM(2006) 845 final, under the anodyne title of the "Biofuels Progress Report". And now the commission has its political "direction", the way is clear for it to move to the legislative state – in which it is currently engaged.

So it is with the so-called "flexi-working" and the "new employment rights for agency workers". The latter is already in the system as the "Temporary Workers Directive", progress on which is being help up pending the ratification of the constitutional Lisbon treaty. The government is simply paving the way for this directive.

As to "flexi-working", the agenda was agreed in principle at the 2002 Barcelona Council and the need for flexi-working was identified as an EU priority by the commission on 1 March 2006 in COM(2006) 0092 final, under the title, "A roadmap for equality between women and men 2006–2010". That was then approved by the European Council on 23–24 March 2006, when it approved a "European Pact for gender equality" which encouraged "action at Member State and EU level".

From that point on, the UK was under a political rather than legal obligation to implement flex-working and, in its pre-legislative programme, it is simply "honouring" that commitment. In due course, EU legislation will follow, with the commission already having kicked off the process, on the back of yet a further report.

One of the reasons why the Telegraph is completely unaware of this dynamic – apart from the idleness of the hacks - is that, like all the of British MSM, it fails to understand the true role and significance of the European Council, still – like many – calling its meetings "summits".

Not only do we have an invisible elephant in the room, therefore, it has the ability to change shape so that, even if it appeared, its form has become unrecognisable.