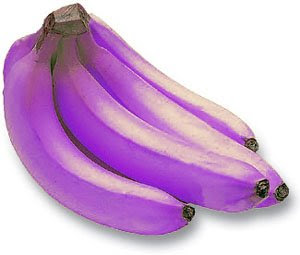 Although oil prices have reached a record high, causing squeals of pain amongst the motoring community, the chances are that this is a "bubble" which will burst fairly soon, whence we will see the restoration of prices to a more tolerable level.

The same "market correction" is already happening with food commodities and, as the price of oil goes down, this will have a knock-on effect on farmers' input costs, helping stabilise prices in this sector as well.

Thus, if the Tories are expecting their popularity to be sustained by the current unrest stemming from price hikes in key commodities, they may be in for a shock. In two year's time, when the next electorally mandated reshuffle general election is likely to be called, price stability could be restored. The alarums of today could be a distant memory.

The rub is that, if indeed the oil price is driven by speculation, then there is very little Gordon Brown and his ministers can do practically to influence price movements. But, politically, there is a great deal they can do, from which they can reap benefit.

Any actions, however, will be a variation of what came to be called the "purple banana effect". This rests on the response to a rampant epidemic of infectious disease in the community, the cause of which is uncertain. In this event, the government can rely on the standard profile of an epidemic, which follows a "bell shaped curve" – irrespective of any action taken.

Initially, the disease incidence will rise exponentially. It will then slacken off near the peak and, after flattening off, decline precipitously. Thus, close scrutiny of the figures can yield clues as to when a decline and fall might occur.

Then, for want of knowing exactly what to do, the government can order a totally irrelevant action to be taken (such as painting all bananas purple) and wait for the decline. When it happens, credit can then be claimed for timely and effective action.

In anticipation of a decline in oil prices, we can see this same mechanism at work. Today, Chancellor Alistair Darling insisted that he was "very aware" of the increased costs of fuel – "not just for families filling up the car but also for hauliers and industrialists."

"The crucial thing," he said, "is for us to be taking action at international level … This is affecting every single country in the world, which is why the Prime Minister and I were meeting the oil industry today and it's why we will be taking action over the next few weeks to try and increase the supply of oil and reduce the world prices that people are facing."

So – Mr Brown and Mr Darling are to "take action". It will not have the slightest effect but, in the fullness of time, they can claim credit for the oil price fall. Brown can then revel in a restored reputation for economic competence.

That is the theory at least – look out for those purple bananas!