A single European police force (not) 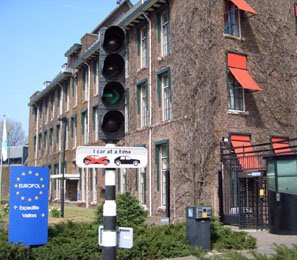 Did you know that secret plans to set up a single European police force are being drawn up in Brussels?

This is the claim made by The Sunday Express today, a move which, says the paper, could see foreign police officers patrolling our streets.

Details of the plan, we are told, are buried in documents detailing the European Commission's budget proposals. They show the Commission is to fund a study on "the feasibility of and obstacles to the creation of a federal police force for the EU".

As we already known, the EU has set up the Europol organisation to encourage greater co-operation between national police forces. But, the paper claims, the latest plan would replace Britain's localised system with one controlled from a single place, probably Brussels.

This is a deeply alarming development. Responsibility for policing must remain in the hands of national governments, not a European force that is not accountable to the British public. The Government must stand up for British interests and make clear their opposition to this proposal at the very outset.

No doubt, some will be comforted to learn that our shadow home secretary is on the case. But what case is he actually on?

Tracking these "secret plans", we find that they do not actually exist. The reference stems from an EU parliamentary question from europhile Lib-Dim MEP Bill Newton Dunn, who asked:

Will the Commission … provide details of any study which EuroPol has ever made "to discover the feasibility of and obstacles to the creation of a federal police force for the EU"?

And the answer was:

The Commission does not favour undertaking a feasibility study on the creation of a Federal Police Force because it fully supports EUROPOL in the performance of its present mandate and backs the developments under way which are geared towards ensuring that EUROPOL is fit to meet future challenges.

The question, incidentally, was asked in the November and answered on Thursday, 14 December … 2006 - nearly 18 months ago. Interestingly, the commission then added:

The Commission fully shares the views of those who think that Europol should be a police agency aimed at gathering and disseminating police information in support of the law enforcement agencies of the Member States rather than an agency with coercive powers. It intends to submit a proposal recasting Europol as soon as possible.

There are many reasons to be highly suspicious of Europol (which, incidentally, has its headquarters in The Hague, not Brussels - pictured) – not least this one. But the one thing which is not going to happen is a single European police force, federal or otherwise, patrolling our streets. The EU does not work that way, preferring to work through existing agencies, controlling them rather than replacing them.

This, is its own way, is far more dangerous than having "foreign police officers patrolling our streets". The end game is to have our own officers, still in local uniforms, but working to an EU agenda.

However, the myth is much more fun than the reality, and the media can always rely on a willing "talking head" politician to back up its fantasy.