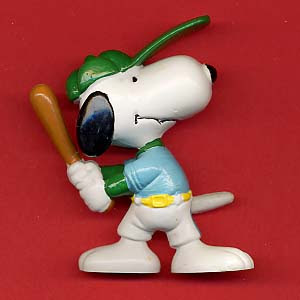 There are those in this nation of ours who believe that the game of cricket forms a central part of our identity and our way of life.

Booker happens to be one of those people, hence a robust piece from him on the effect of the EU on the game, opening by reminding us that in 1971 Edward Heath assured voters that, apart from "certain changes to the law on economic matters", joining the Common Market would not alter British life in any way.

Thus, writes Booker, in Northampton last week, even Sir Edward might have been puzzled by two teams taking the cricket field, supposedly representing English counties. Playing for Northants were five South Africans, one Irishman and five Englishmen. The Leicestershire side included five South Africans, four Englishmen, a West Indian and an Australian holding a UK passport.

What was odd about this is that England's cricket board rules forbid any county to field more than one overseas player unqualified to play for England. But the reason for the current invasion of our county grounds by a mass of non-English players is a case heard by the European Court of Justice in 2003.

A Slovak handball player, Moros Kolpak, sued the German Handball Federation for classifying him as a "foreign player", on the grounds that, although Slovakia was not yet an EU member, it had a trade agreement with the EU.

The court ruled that it would be "restraint of trade" not to give him the same rights as an EU citizen. English county sides were already forbidden to "discriminate" against cricketers from any EU country (as far back as 1988 Denmark's Ole Mortensen topped the national bowling averages).

Thanks to Kolpak, the same rule now applies to citizens of all those countries, such as South Africa and West Indian islands, which have EU trade agreements. With Australia and New Zealand expected to sign similar agreements, the day could in theory come when our county teams include not a single Englishman.

Such, no doubt, is what Sir Edward meant by referring to "certain changes in the law on economic matters".

While Europhiles happily warble about the EU not affecting our identity, still less our way of life, in this and many other ways, big and small, the Union is having its effect. Some may say this is a small change – others not – but it is a change. But, when county cricket teams are no longer made up primarily of members of that county and when the England team is composed largely of foreign mercenaries, some might argue that there is no longer an England.

Perhaps, if the "colleagues" could begin to understand the game, they might be looking to a European team – all the players dressed in blue, emblazoned with yellow stars. But since they don't, at least we will be spared that indignity.