The erosion of power 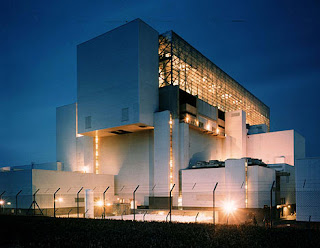 Keith Johnson in the Wall Street Journal blog makes some useful observations on the state of nuclear energy in this country, pointing out that decisions on building a new generation of British reactors will be taken in the corporate boardrooms of European utilities, not by our provincial government in Whitehall.

His thesis rests on the sale of Britain’s nuclear power station operator, British Energy, currently up for sale with a bidding war likely to develop. But it will not be a British company that is the victor – the laurels will rest with a handful of European utilities - either EDF of France, RWE of Germany, Iberdrola of Spain, or, possibly, Suez of France.

What makes British Energy so attractive are two things. Firstly, the company already owns the best spots to build new nuclear reactors in the UK. Secondly, nuclear energy is looking particularly attractive, given the implementation of the EU’s carbon trading scheme which, in 2012, will be costing conventional generators billions. This actually makes nuclear power cheaper than traditional coal-fired plants and natural gas.

Needless to say, under EU law, there is absolutely nothing the British government can do to prevent this vital strategic interest being sold to European companies. Thus, in the fullness of time, the maintenance of electricity supplies in the UK will rest entirely on the goodwill and investment decisions of European corporates.

The only residual power left with our provincial government will be, through the planning system, to block the building of specific plants – but it will no longer be in a position where it can ensure such plants are built. That is a measure of how much our national power has eroded in more senses than one.