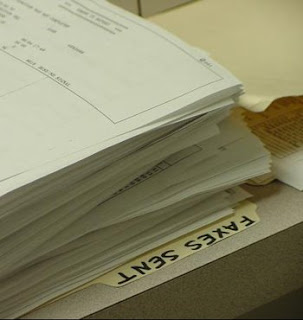 At first sight, the headline looks pretty damning for the Eurosceptic cause: "EU targets Norway's water quality". And the UPI story is even worse.

European Union officials, it tells us, say Norway needs to build new sewage treatment plants and clean up polluted harbours to comply with EU water quality standards, despite it not being a member of the EU.

The story actually comes via the Norwegian national daily, Aftenposten, and refers to compliance with "water regulations to be a included in a European economic cooperation agreement," which has the assent of Erik Solheim, Norway's minister in charge of environmental issues.

He says that 25 percent of the country's water fails to meet EU standards and has committed his country to investing in new water quality monitoring schemes, construction of new water and sewage treatment plants.

Thus we have, on the face of it, a classic example of what the Europhiles love to call "fax machine law". The legend is that Norway, not being a member of the EU, has no say in the formulation of laws in Brussels but, by virtue of its membership of the EEA, is obliged to obey a whole tranche of them.

Therefore – or so the Europhiles would have us believe – they receive their laws by fax machine from Brussels and have no choice but to implement it. Such would be the fate of the UK, if we were to leave the EU.

The truth, however, is somewhat different – and far more interesting. We are in fact dealing here with our old friend UNECE – the United Nations Economic Commission for Europe, and "dual international quasi-legislation" – see here - the so-called “diqule”.

As it happens, the standards to which Norway has agreed to comply originate not with the EU but with UNECE, of which Norway is a member. As such, it is bound by several agreements, to which it was party, and was instrumental in framing. Most notably, these are the 1992 Convention of the Protection and Use of Transboundary Watercourses and International Lakes and the 1999 Protocol on Water and Health (background here).

As such, Norway was fully engaged in the (intergovernmental) process which framed the standards which it has agreed to adopt and merely uses the EU as an administrative convenience, the commission framing the standards in legislative form which is suitable for direct implementation.

Whether associated with the EU or not, therefore, Norway would still be bound by the standards. They come not from any association with the EU, but by virtue of Norway's membership of UNECE, and its agreement of the "water convention" and subsequent protocols.

Should the UK leave the EU, as founder members of UNECE, we would be in the same position, should we chose to remain within that organisation as well. But, as members, we would have a full part in framing any standards – and we could chose, if we so cared, to use the commission's administrative services to turn these into useable standards.

Whether we then received them by fax or even e-mail is neither here nor there. The Europhiles are whistling in the dark.