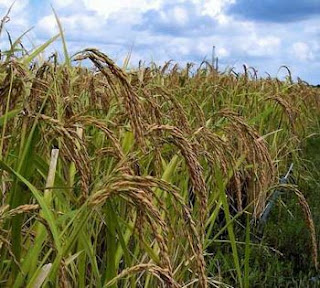 In common with the EU, the United Nations likes nothing better than a crisis, the dynamic of the "beneficial crisis" creating ideal opportunities for increasing power, influence and cash.

It should come as no surprise, therefore, that The Daily Telegraph should be reporting: "World food price crisis 'here to stay'", conveying the views of Sir John Holmes, Britain's former ambassador to Paris who now serves as the UN's under-secretary for humanitarian affairs.

Holmes concedes that, "It is possible that in the next two or three years prices will come down a bit from the peaks we've seen in the last few months …" but he does not think they will revert to previous levels. As a result, he says, the world needs a "green revolution" to feed its rising population.

His argues that the emergence of hundreds of millions of middle class consumers in China and India has increased demand for food, high oil prices have made transporting it more expensive and the supply of grain has been hit by bad weather and the transfer of land to grow biofuels instead of food crops.

However, Sir John clearly has not caught up with the latest developments in the rice market, where prices are plummeting, or with the recent price history of wheat, where it has dropped from its record February level of $13 to around $9 a bushel.

Given reasonable weather over the next few months (in both hemispheres), wheat prices are likely to remain stable over the short-term, while rice has a way to fall yet. Thus, prices are already falling from their record peaks and, with the volatility of the commodity market, next year's prices are anyone's guess.

The great uncertainty is the price of energy. Here, while some are looking to the $200 barrel of oil, others are still maintaining that the current price level cannot be sustained and, sooner rather than later, the bubble will burst.

Either way, the big driver of food commodity prices will be the diversion of land to biofuel production, in which case, it is not so much a "green revolution" that is required, but a "common sense revolution". That, unfortunately, is the less likely of the two events – especially when the spectre of food shortages offers such good opportunities for exploiting the crisis.

It would also help if the media and the collected pundits learnt some economics and, for want of such knowledge, desisted from indulging in economically illiterate drivel.

Such an injunction should apply to The Daily Telegraph which, on top of a emotive piece on Haiti, calculated to tug at the heart strings, then goes on to publish an editorial of stunning vapidity.

Its prescription for "curing" the food crisis is "to stop imposing restrictions on genetic manipulation" and to scrap the EU's Common Agricultural Policy, substituting direct payments made by each state.

The former, of course, would only have a marginal impact - if any. Many of the GM seeds, in fact, require high inputs and intesive cultivation to deliver any benefits, which makes them inappropriate for many developing country agricultural systems. Much more helpful would be a sensible approach to pesticides and other argo-chemicals, in a bid to deal with the massive losses arising from pest attack and plant disease.

As to the CAP, the writer of the piece has cotton-wool for brains. At a time when grain prices are at a record high, and arable farmers are actually making money, what on earth is the point of intoducing a system of "direct payments" to farmers? The market, at this time, is perfectly capable of addressing commodity shortages.

Crucially, most often, local food shortages stem from economic mismanagement - which is certainly the case in Haiti - or stem from structural problems relating to land ownership and the availability of cheap credit at local level, and are exacerbated by trade distortions arising from protectionism.

In a grown-up newspaper, some of these issues might actually be addressed. Instead, this particular paper simply contents itself with a puerile pay-off line: "The time has come to scrap the CAP", which does not even begin to demonstrate and understanding of the issues. Like Sir John's input, it smells more of grandstanding than understanding.

What we need is definitely less of the former and more of the latter.