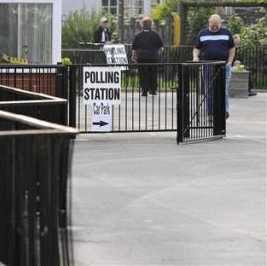 It is almost like living in a time warp – Groundhog day, if you prefer. We are back to two party politics with a vengeance, the smaller parties being squeezed as the big players dominate the scene.

Wiser heads in the Conservative Party are fully aware, however, that this was not a vote for them, but a vote against the government and, in particular, a personal vote against Gordon Brown. The most oft-repeated phrase in the campaign was: "Give Gordon a kicking".

It was ever thus. The old saw, "oppositions don't win elections – governments lose them," may be a hackneyed phrase, but it is still largely true. But then, so is the other old saw – "a win is a win". To that extent, it does not matter why people voted. It is the result that counted.

In a higher than expected turnout of 58 percent, the Tories took 49 percent of the vote, Labour 30, and the Liberal Democrats 14, giving the Tory candidate Edward Timpson a 7,860 majority on a swing of 17.6 percent.

But, that actually means that, of the total electorate, 42 percent did not vote. Thus, as a percentage of the total electorate, the Tories took 29 percent of the vote, Labour 19 and the Lib-Dims 10. Should that spread be repeated at a general election, it would mean – as currently – that we will have a government with no mandate from the majority of voters.

Nevertheless, that is the way the system works. The "silent majority" cannot expect to be represented – or heard – if it does not cast its vote. But it does mean that there is a huge constituency out there which does not participate in the political process.

The problem is, even if there was a hundred percent turnout, we would still have a government with no mandate from the majority of voters. That government does not hold elections and, in its fortress in Brussels, does not need our vote. It will continue on, elections or no elections in the provinces.

Thus, while yesterday's vote was great theatre, nothing actually has changed. We saw the return to "biff-bam" politics, shorn of substance, with as much relevance as the result in a TV reality show.

Not for two years though will we have the great "electorally mandated reshuffle", when we get to chose our new member of the European Council, but there is plenty to keep the political classes entertained in the meantime.