Why we cannot win 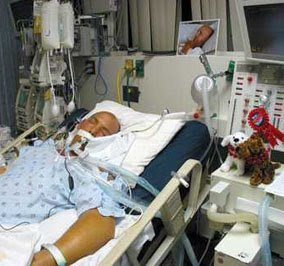 Euroscepticism is dead. It is not official yet, and the putative corpse is still breathing. If it was a human being, it would be on life support, showing no brain activity. The relatives would be gathering round, discussing when to switch off the machine and whether any of its organs could be suitable for donation.

Through these coming weeks, I intend to run a series of posts exploring why we are about to be confronted with a corpse, why euroscepticism failed and what we need to do about it (interspersed with our usual fare). Then, at a suitable moment, we may consider winding up EU Referendum.

The blog was started in the heady days of 2004 when we thought we might get a referendum on the (then) "Constitution for Europe". But, with the certain ratification of its replacement, the Lisbon treaty – with or without Ireland - and no prospect of a referendum, our job is done. As politics descend into the realms of the soap opera, increasingly divorced from reality, we end on the low note of abject failure.

I have not yet discussed this in detail with my co-editor, but the writing has been on the wall for a while. We will probably migrate to another blog (or blogs), perhaps dealing with a wider range of issues, reflecting the direction this blog is already going – and has been for some time.

This would also present the opportunity to devote more time to Defence of the Realm. I would like to develop it further as one of the very few blogs seriously discussing defence issues – at a time when the media seems institutionally incapable of dealing with the subject in an adult manner.

As a taste of things to come – the subject of the first of my essays - look at this and then this. Big business loves the EU… discuss.