The blogs have it 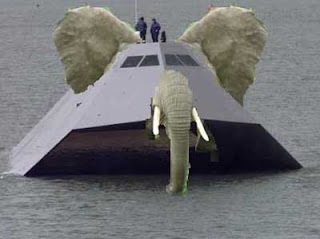 Devil's Kitchen was on to it early and Tim Worstall has done a magnificent job pointing out the media's total failure.

We are, of course, referring to yesterday's publication of the review of the postal services, led by Richard Hooper, a former deputy chairman of Ofcom, the communications industry regulator – which reported on the enforced "liberalisation" of the services.

The report noted that, "Large firms had seen clear benefits from liberalisation, including more choice, lower prices and more assurance about the quality of the mail service, but there had been no significant benefits for consumers and smaller businesses."

Hooper's terms of reference had been to carry out an "independent review" of the postal services sector … "in the context of significant developments in the market since the introduction of the Postal Services Act 2000".

However, one does not have to go very far into the Act before one comes across the "explanatory notes" – like the first page – to find that:

The review carried out by Hooper was, therefore, a review of the workings (not) of the EU Postal Services Directive (97/67/EC). And, just in case you were in any doubt, his report makes seven references to the Directive, including a detailed exposition of its application on page 19.

On this basis, there can be no possible excuse for the massed ranks of the Fourth Estate not being aware of the central role of the European Union in this issue yet not one mentioned it. This has to be more than carelessness – it is a phenomenon which strikes at the heart of the relationship between the media and our new central government in Brussels. To a man – and woman – the media are in denial (much like the Conservative Party).

In the absence of media comment, it is left to the website commenters to make the point about EU involvement, such as here in The Times and here in The Daily Telegraph.

Time and time again, we have noted the media's inability to comment on EU issues or identify the involvement of the EU in our domestic affairs (use our search panel on the top left of the blog and enter "elephant in the room" – with the quotation marks), yet this has to be one of the most egregious examples of the failure. No longer do we just have an elephant in the room, it has become a "stealth elephant" (pictured), totally invisible to journalists and politicians.

But the blindness is not confined to the EU. As with global warming, and many other issues such as defence, the media have chosen to opt out of the debate, offering the public a diet of "tee hee" political soap opera, celebs, scandal and disaster and (mainly) trivia.

Today, the blogs have taken up the slack and, as the media integrates more with the entertainment industry, it seems that they will have to carry more of the load in future. If (the independent) blogs are not the future, they should be.