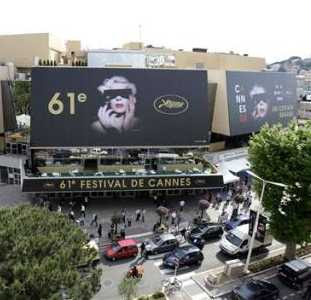 You will be very pleased to learn that 14 films representing in total over €900,000 of co-funding from the European Union's MEDIA programme have been selected for screening at the 61st Cannes International Film Festival, opening today.

Chirps our supreme leader, José Manuel Barroso: "Europe can be proud of the cultural diversity and global attractiveness of its vibrant cinema … European productions such as La Môme, Das Leben der Anderen, Belle Toujours and Kontroll have been celebrated at international film festivals and watched by millions of people, projecting the message around the world that Europe is about 'Unity in Diversity'."

Amongst the other delights, we get Better Things directed by Duane Hopkins – A group of young people grow up together in a rural community in the Cotswolds, experiencing sexual awakening, boredom, and drug use. That cost us €90,500. Then we get Home directed by Ursula Meïer – The story of a handful of people gradually cut off and disconnected from the world, who end up shutting themselves in.

That latter film rather sounds like a description of the EU commission – no wonder they were so keen to fund it and, at a mere €50,000, it was a real bargain. For the rest of us, we really should be so pleased that our money is in such good hands.