Wash your mouth out with soap and water 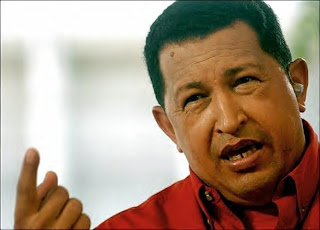 Chancellor Angela Merkel is travelling in South America (and I thought she had given up on her endless flitting round the world and settled down to being the leader of Germany) and in her absence, as the German media wrote indignantly, the Dalai Lama will not be received either by the President or the Foreign Minister, a left-wing Social-Democrat but, I am sure, that is merely a coincidence.

More interestingly she has fallen foul of the ever more ludicrous and sinister Venezuelan President Hugo Chávez, who is, presumably, feeling a little miffed because his best friend in Europe has lost an election. Will that fate ever befall President Chávez, one wonders. It has not befallen his other great friend, the now retired leader of Cuba, Fidel Castro, but things are not what they used to be. Chávez, after all, lost the referendum, which would have effectively made him dictator for life.

President Chávez has a weekly TV show on Sundays (one can’t help feeling sorry for the people of Venezuela) and on it he attacked Chancellor Merkel. Well, attacked is not the right word. He threw a bucketful of verbal garbage at her, though, I suspect, she can cope with it.

The man’s understanding of politics makes me think that if ever the people of that unfortunate country manage to get rid of him, he will have a successful career in various Western drive-by media outlets. Of course, he has also attacked in strong terms other politician, including those of Latin America, who happen to disagree with the Great Hugo.

King Juan Carlos once told President Chávez to shut up and the world applauded. The Great Hugo was clearly nettled as he keeps referring to the episode in supposedly careless fashion.

Chancellor Merkel may be easy-going but not so the European Commission President, who is also in South America. In his case there is little to do back home so he may as well travel and stack up those carbon footprints, though, obviously we would prefer it if he did so at his own expense.

Presumably, he, too, will attend the forthcoming meeting between heads of European and Latin American states in Peru. (These summits are getting to be rather a bore. What’s wrong with internet conferencing? I suppose, you don’t get to do a trip round South America at the taxpayers’ expense.)

The German newspapers have reacted in various fashion, mostly calling on European countries, and Germany in particular, to deal with the phenomenon of Latin America as it comes (that is including churlish boors who are wrecking their countries’ economy) because Europe could fill the gap left by the United States.

Whether this is an accurate description of what is going on in Latin America is questionable. It is probably true that “most voters feel they are globalization's losers” and it is easy for incompetent dictators to blame some outside influence such as the United States for that state of affairs. But that does not work for long. Eventually, the electoral swing will go back to more right-wing parties even in the countries that have now gone to the left (and not all have), as the voters become disenchanted with the populist thugs.

The so-called summit in Peru will give a certain indication of what might happen in the next few years by way of agreements between European and Latin American states, the relationship not having been terribly successful until now. Our guess is that Chávez and his few allies will once again be sidelined and he will once again rave at his weekly TV show.
Posted by Helen at 11:25