The very worst of the media 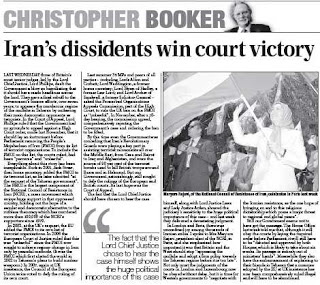 Quite rightly, Christopher Booker observes in today’s column that last Wednesday's "humiliating blow" to the government, dealt by three of Britain's most senior judges, led by the Lord Chief Justice, Lord Phillips, "should have made headlines across the land".

The ruling gave a final rebuff to the Government's bizarre efforts, over seven years, to appease the murderous regime of the mullahs in Teheran by outlawing their main democratic opponents as terrorists.

This is the People's Mojahedin Organisation of Iran (PMOI), the largest component of the National Council of Resistance in Iran (NCRI), led by Mrs Maryam Rajavim (pictured below right). The NCRI itself is a mass movement which enjoys huge support in that oppressed country, holding out the hope of a secular and democratic alternative to the ruthless theocracy which has murdered more than 100,000 of the NCRI's supporters since 1979.

Booker has been following this issue closely since last June, with the tale getting even more bizarre as it developed, with each twist and turn, despite being ignored by the MSM.

True to form, as the tale comes to its climax, far from making the front page headlines, it merited only brief mentions in the British press. In The Daily Telegraph, it did not even warrant a separate report, getting only a brief mention from Joshua Rozenberg, the legal editor, and a down-page reference from Con Coughlin.

Rozenberg, at least, did demonstrate – more than adequately – why this issue should have made front page news, representing as it did an utter humiliation not only for the government but also a personal defeat for home secretary Jacqui Smith - which alone should have ensured widespread media coverage. 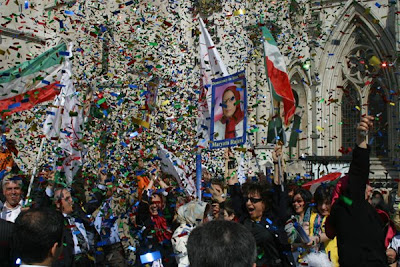 Having already lost the case in the Court of Appeal, which had said that there was no "reliable evidence that supported a conclusion that [the] PMOI retained an intention to resort to terrorist activities in the future", she had nevertheless remained confident that she could gain leave to appeal, so much so that she had advised the Tehran regime that they need not be concerned about the ruling.

Now that no lesser person that the Lord Chief Justice has refused the home secretary permission to appeal, Jacqui Smith has nowhere to go. She must now lift the ban on the PMOI and unfreeze its funds, a decision, Rozenberg writes, "with immense symbolic as well as practical importance."

As you would expect, Melanie Phillips agrees, writing in her Spectator blog that: "This not only brings to an end a shameful chapter in Britain's long appeasement of the tyrannical Iranian regime but also offers a sliver of hope that that regime might now be toppled." 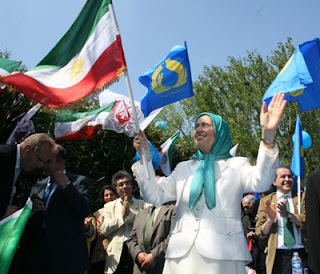 This is what is at stake, hence the celebrations outside the Court on Wednesday (pictured above), which makes it all the more puzzling why the British media did not take the judgement more seriously. The BBC only covered it on its website, and the Daily Mail confined itself to a simple factual report, as did The Times. By contrast, the New York Times did it better, as did the Wall Street Journal and the France-based IHT.

As for The Guardian, it reported the judgement briefly, but then gave space to Seyed Mohammad Marandi in Comment is free to complain about the Court "legitimising terror". Marandi, incientally, is an assistant professor of English Literature at the University of Tehran.

So often do we complain about the inadequacy of the media in the UK that we are beginning to sound like a cracked record – to say nothing of ensuring that we get minimal links from the newspaper-based clogs.

But, in this issue, we see the very worst of New Labour's appeasement of the vile regime in Tehran which, as Booker writes, is playing a key part in assisting terrorist movements all over the Middle East, from Gaza and Beirut to Iraq and Afghanistan, and is the source of 90 percent of the terrorist bombs used to kill British troops around Basra and in Helmand.

Thus, as the pages of the newspapers today are again filled with the tittle-tattle of the political soap opera, in Booker's column we not only see the very worst of New Labour but of the British media as well.