The sunset of environmentalism? 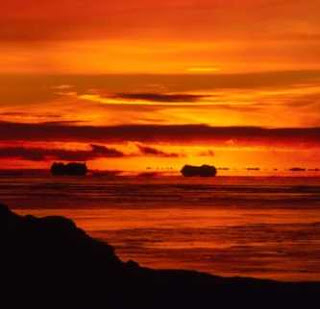 On the basis of a "new opinion tracker of 5,000 voters", Conservative Home is writing breathlessly that the economy has overtaken immigration as voters' top concern, tax has overtaken law and order and inflation has overtaken the environment.

Of course, the funders of the survey could have saved their money and simply read this blog. We wrote about this in Feburary and again in much more detail in late April, when we observed:

In as much as what is happening over here is often seen first in the United States, the writing was very much on the wall with this poll.

However, since we are not a real political blog, our views can be safely discarded until the clever-dicks begin to notice. But the funny thing is, we are often able to detect changes long before they become apparent to the denizens of the Westminster bubble – where the politicians and their groupies are usually well behind the curve.

The Greenies need not worry though. While our politicians might be waking up to the unpopularity of "environmental" issues, their champions in our supreme government in Brussels will make sure that our provincial government is not able to respond to the popular will.