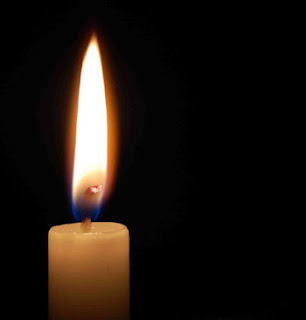 Tens of thousands of electricity consumers suffered electricity blackouts yesterday afternoon in what is described as Britain's worst power shortage for four years.

The outage was triggered by Sizewell B, the nuclear power station in Suffolk, which was closed for "unexpected maintenance". This was followed in short order by the giant coal-fired Longannet, in Fife, which also shut down unexpectedly – one wonders whether there was any connection with this earlier incident.

The failure of these two plants was followed rapidly by nine "generating units". Then, at least four other power stations suffered failures throughout the day.

The Sizewell and Longannet plants provide six percent of national supply and when the other plants tripped out, the National Grid was forced to reduce power across the nation. This was not sufficient, however, to prevent power cuts across parts of London, Kent, Cleveland, Merseyside and Cheshire.

According to The Times, a National Grid spokesman admitted that the number of shutdowns was highly unusual and one power company insider said that such an incident had not happened in the past ten years.

More importantly, analysts are warning that said the shortage of power was symptomatic of under-investment in Britain's energy generation infrastructure and indicative of its current fragility.

This is underscored by David Porter, chief executive of the Association of Electricity Producers. He says that more investment was desperately needed over the coming years to prevent more regular problems in the future.

He anticipates of a generating shortfall of 35,000 megawatts by 2020, but problems are expected even before 2014, by which time we will have closed down the nuclear and coal-fired power stations that now generate 47 per cent of our electricity. The coal-fired plant closures are being forced by the EU's large combustion plant directive – flagged up by The Daily Express recently.

The largest independent energy consultancy, McKinnon & Clarke, is reported as calling on the government to build new power stations to reinforce the crumbling infrastructure. This, of course, the government cannot do without contravening EU state aid prohibitions.

In the meantime, the government's obsession with wind farms soaks up money and costs us a fortune without contributing anything significant to the Grid, while no decisions have yet been made on building nuclear power plants.

Yesterday, therefore, was a taste of things to come. Many experts in the generation sector believe it is a miracle that we have not suffered major outages until now, and fully expect more to follow. One cold winter, some believe, will bring prolonged power cuts.

It cannot be said, though, that this is entirely the fault of the EU. Once again we have the poisonous combination of EU action and provincial government inaction, the two in harness guaranteeing to make a bad situation worse.

That generator is looking even more desirable, while anyone looking for an investment opportunity should consider candle manufacturing.