The edge of madness 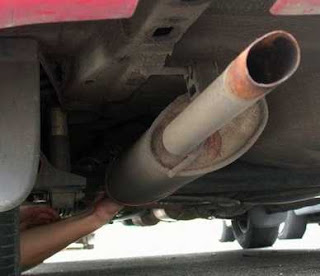 The trouble with out-of-control regulatory machines – and such is the European Union – is that they do not know when to stop. In fact, they cannot stop. The only thing they know what to do is regulate.

Thus the EU continues churning out more and more regulations. No sooner is one law produced when it goes back into the machine for amendment, each time the requirements ratcheted up. Final cover comes when the laws become so complex that no one understands them - and therefore cannot obey them – or where the demands are so stringent that obedience is physically impossible.

That latter stage, it appears, has been reached with car emission standards, with AFP reporting that even the industry commissioner, Günther Verheugen, is saying that the proposals are "unrealistic".

Brussels has proposed that all cars sold in Europe in 2012, whether European-made or not, should reach an overall objective of 120-130 grammes (4.2-4.6 ounces) of CO2 emitted per kilometre (0.6 miles), as opposed to an average of 160 grammes today.

But such is the genius of our central government that it is developed an even more imaginative scam. Knowing full well that its standards cannot be met, it is proposing that car manufacturers can continue selling "sub-standard" cars, but must pay a fine to the EU for each vehicle they make.

This starts in 2012 with a charge of €20 (30 dollars) per extra gramme of CO2 per car, with the penalties rising to €95 by 2015. By any account, this has the makings of being a nice little earner, and brings lawmaking to new heights: make laws that people cannot obey and then fine them for not obeying them. How long before New Labour latches on to this principle?

Anyhow, the German publication Focus Magazin (German language only) has more of the forthright Verheugen, who cautions against patronizing citizens with ever more climate laws and regulations.

"I watch with growing uneasiness how legislators constantly issue new regulations on all levels that intrude the private sphere," he says. "We are approaching a state which I would call lifestyle-regulation." Verheugen adds that he does not wish to live in a society where people would be prescribed how they would have to live in their own four walls.

Already, he says, people were talking about an "eco-dictatorship," telling his colleagues: "We shouldn't put off citizens."

Verheugen is doubtless too late. It is one thing recognising a disease but it is another thing altogether trying to cure it. With an entire system on the edge of madness, a few warnings are unlikely to have any effect.