Detached from the political process 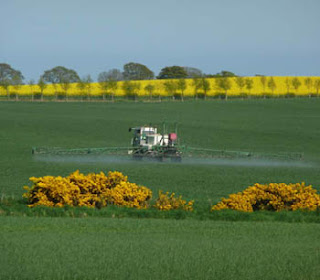 It terms of its potential impact on our lives and those of the global community – albeit in the medium to long-term – there was nothing more important in the news yesterday than the BBC television report on the EU's forthcoming pesticide directive.

Some credit, therefore, must be given to the BBC for running the piece, which is summarised on the BBC website, under the heading: "Effective chemicals may be lost". One should point out, incidentally, that it was reported by Reuters on 23 April and we carried a long report the same day.

By the same token that we must offer, albeit lukewarm, congratulations to the BBC, it must be noted that no similar reports find their way into the print media. This, after all, is EU business, and – like the Conservative Party, the newspapers don't do "Europe" in any meaningful way.

And, because this is EU legislation, the BBC report, itself, was offered in a rather detached way – almost an account of a distant even that had no real relevance to the views. Had the pesticide directive been British government initiative, with an Act of Parliament in progress, there would no doubt have been a government statement and views offered from opposition MPs – engendering some sense of political controversy and immediacy.

As it is, the story plops out – a marginally interesting but ephemeral curiosity – only to disappear as fast as it came, buried in the turmoil of current events. The BBC can tick a box, saying "we've done that", while the disinterested print media can continue devoting its space to the Westminster soap opera – leaving the business of government unreported.

Of course, there are issues of more immediate concern in the news and it is difficult – if not impossible – to stay focused on all the various events which claim our attention. But we can hazard a guess that if this was British legislation rather than a directive - in what is actually a very controversial subject - it would have claimed a great deal more coverage than it has.

It is that detachment which is perhaps as worrying as the impact of the directive itself. This is brought home by the BBC presenter in yesterday's report, Sarah Mukherjee. In retailing the potential adverse effects of the directive, she conveys the comment of an unnamed agro-chemist, who told her: "Everybody's jaws fell to the floor once we realised the implications, which appear not to have been based on science at all."

Thus, even in the "business", there is that sense of detachment and, while the farming press reports that the Council of Minister will vote on the directive on Monday, the chances are that this crucial stage will be ignored by the media.

In due course, with or without amendments, this dire piece of legislation will come into force and we may well then see a few feature articles and reports about its effects. But they will be too late to have any effect on the political process, which has been outsourced to Brussels where it has become all but invisible.

That, as much as anything, is the true cost of our membership of the European Union. Law-making has become detached from the domestic political process, leading to the self-exclusion of the media and MPs, and thereby the exclusion of the public, until it is too late to do anything about it.

The big problem is that we are not detached from the consequences.