A national crisis in the making 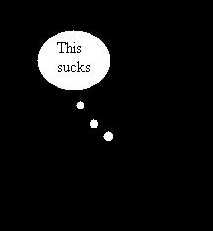 In addition to The Times taking on the subject, The Daily Telegraph also picks up on Tuesday's power outages, albeit – afflicted by the need for lurid headlines – under the misleading title, "Household energy bills 'to top £1,500'".

Well down into the report, we find a "meanwhile" link (very useful that word), when the paper gets to the meat. Industry experts, we are told, are warning that, "Britain's energy crisis could lead to a summer of blackouts because ageing power stations may be unable to cope with ever-increasing demand for electricity."

Referring to Tuesday's blackouts, it cites National Grid claiming the events were a "freak event" caused by several "random" power station closures happening at once.

Demurring is Ian Fells, the professor of energy conversion at Newcastle University. He describes the cut as "worrying", saying, "What is perturbing is that the power stations which went down are a mixture of gas, coal and nuclear, which have all failed for one reason or another. It makes you realise that the distribution system is fragile and there are more chances of power cuts this summer."

With the paper suggesting that we could be facing a summer of power cuts – in part due to the growing popularity of air conditioning - we get Fell telling us that: "Any problems we have over the course of the summer will be nothing compared with what will happen between 2012 and 2015 as we start to run into power generation shortages… The Government has been sitting on its hands, but it needs to act now to build power stations which will be on-line in time to replace those scheduled for closure."

Nothing, of course, is said of the effect of the EU's large combustion plants directive – the elephant in the room lives, as always – and another key omission is any discussion of the timescale. But if, as is widely expected, we see a significant cut-back in generating capacity in 2012, that is only four years away.

A mere four years is simply not long enough to get new plants up and running. Although changes have been made to the planning system to expedite approvals, even fast-track permissions will take time – especially if, as is their current practice, the Greenies drag decisions through the courts. Then there are the physical processes of design and build – to say nothing of the difficulties of raising capital in today's constrained financial markets – further limited by the EU's restrictions on state aid and its energy "liberalisation" policy. (And God help us if great crested newts are found on any of the new sites.)

As always, there are significant political implications here. If as is widely expected, Cameron does storm to victory at the next electorally mandated reshuffle general election, it will be the Conservatives – not the Labour government – that takes the flak when the lights go out. And it will be the prime minister of the day who is expected to have the answers. Parroting "13 years of Labour misrule" is not going to switch the lights back on.

What, at the very least, the Conservatives should be doing is putting down some markers, instilling a sense of urgency into the debate which, in a few short years, will become a national crisis. We are already at the stage where we need a massive power station building programme, combined with a huge and expensive upgrade of our creaking National Grid System. Such is the scale of work required that the nation almost needs to go on a wartime footing, to stave off the crisis.

The point, of course, is not that the Conservative could actually do anything but, in the fullness of time, they will be able to address a candle-lit Commons (or one running on emergency generators) and say, "We told you so", having in 2010 – days after Cameron walks into Downing Street – put into place precisely the emergency programme they had been advocating.

Instead, all we have from the Conservatives is their interim review, heavily dependent on Green theology, with no recognition that, a short time after they come into office, most of the nation will be reading by candle light (those that can read).

And, by that time, the current strategic aim - which is "to create a level playing field to give green energy a chance" – will entirely irrelevant. It will seem to have come from some by-gone age when Greenies roamed the Earth, as relevant to future needs as the dinosaurs were to our ancestors.