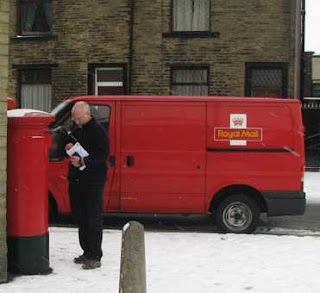 It would be churlish to do anything other than applaud the opening of Jeff Randall's op-ed on the Royal Mail in The Daily Telegraph today. "There exists no commercial, political or social problem that meddling by the European Union cannot make worse," he writes.

With that sentiment we can hardly disagree – having many times expressed something similar – and nor can we argue with his premise that, "Those who doubt this assertion might care to look at what's happened to the United Kingdom's mail system and post office network since the EU Directives of 1997 and 2002 …".

Thus far, so good. At last, we have a mainstream journalist who actually recognises the role of the EU in the destruction of our postal services, something his colleagues manifestly failed to do.

From there, however, Randall goes badly wrong in adding a qualifier to his sentence, asserting that the EU Directives, "…set out to improve the quality of postal services across member countries." That was never their intention.

The trouble with Randall and his ilk is that, although they are basically "on side", they have never really got to grips with the nature of the EU and its true (and only) agenda – political integration.

In that context, the postal services directives have exactly the same agenda as all the other so-called "liberalising" instruments, whether they are dealing with energy (see here), rail services, telecommunications, or whatever. The intent is to break up national monopolies, not for the sake of it, but in order to recreate then on a European level, under the direct control of the EU commission.

However, the great genius of the commission – as I have been wont to observe – is its realisation that it is no longer necessary to nationalise something in order to own it. Basically, it has developed a system of nationalisation by regulation. It you have complete control over an industry, you get all the benefits of ownership without needing the title deeds.

So it is with postal services, the EU objective is to break up the national monopolies. As an interim stage, it will encourage "competition" but is particularly looking for cross-border enterprises which operate across the EU, in as many member states as possible. That then legitimises supranational control and puts the commission in the dominant position.

Before too long, we will have a European postal service - but it will be messy, delivered by multiple providers, albeit under the control of the EU. The final stage – decades into the future – is then to "rationalise" and "consolidate" the market, slimming down the number of providers until a few megaliths service the entire (European) system under the benign control of the Platonic guardians in Brussels.

To achieve that final cover, though, the EU must first destroy that which exists, and it is well down that path with Royal Mail.

This brings us back to Randall. He warns that, "Unless dozy ministers wake up to this fact, it won't be long before they are sounding the Last Post over the grave of Royal Mail's Universal Service." He adds that: "It's not necessary and we must not allow it to happen."

But what he predicts is what is intended – it is necessary and that is the desired outcome. Before it can build its European dream the EU must first destroy what exists. We are in the destruction phase. For sure, we must not allow it to happen, but "we" are no longer in control.