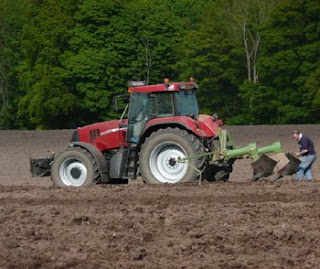 It would be nice to get away from agriculture for a while, but it is impossible to ignore yesterday's publication of the commission's proposals for further reforms of the CAP.

These are euphemistically called the "CAP Health Check", to avoid using the r-word. Their purpose, declares Mariann Fischer Boel - who seems to have acquired the title, "commissioner for agriculture and rural development" – is to "…modernise the CAP and free farmers to respond to growing demand".

The commission also makes the explicit claim in a separate communication, that the "Heath Check" is part of a package of measures that forms the "European response to mitigate effects of rising global food prices".

Interestingly though, barring one, the changes proposed are exactly those which have been planned for some years, long before "global food crisis" became a fashionable catch-phrase. With that exception – the permanent abolition of set-aside – they are a continuation of the process set in train by Ray MacSharry in 1992.

Then, MacSharry was addressing the problem of over-production – and the "Health Check" is more of the same. One of the key provisions is the extension of modulation, shifting an increased proportion of direct payments into "rural development" – up from five percent to 13 by 2012. Farms receiving more than €100,000 a year have an extra three percent deducted, those getting more than €200,000 have a another six percent cut and those receiving more than €300,000 have an additional nine percent deducted.

This actually takes money out of the farming system altogether, so it effectively amounts to a significant reduction in overall subsidies, despite still being characterised as part of the CAP. Much of the money is spent on projects such as this, which have little relevance to agriculture.

Still less do they address any notional food shortages or encourage production and, perversely, they actually increase the net "take" from the taxpayer. Most of these schemes are co-funded, EU payments requiring up to 50 percent matched funding from member states. 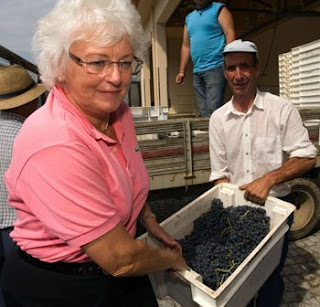 It is not at all an exaggeration to say, therefore, that the commission, in making the claims that it does, is being essentially dishonest (now, there's a surprise). But it has at least achieved the near impossible, in dragging The Daily Telegraph into the fray, with a factual piece about agriculture (although its report does not seem to have made it into the print edition).

Needless to say, the piece is framed in terms of conflict, the headline reading: "Battle looms over CAP Health Check", the text telling us that France and Britain "have squared up for a battle over the future of Europe's farming policy".

The IHT takes a similar line, with the headline: "EU farm proposal set to trigger U.K.-France tussle", although, as we know, Germany is also in the frame. No doubt, other member states will join the fray, in opposition to the British government – which wants direct payments scrapped altogether.

That line also puts the UK in direct conflict with the commission, its current proposals amounting to a direct and personal rebuff to Darling - and to Gordon Brown, who asked the EU it reconsider (i.e., abandon) its biofuels policy.

Although the commission intends to maintain the 10 percent quota, it is however, proposing to phase out the current £36 (€45) per acre biofuels subsidy, which means that there will be no direct incentive for growers to plant energy crops.

Further, the abolition of set-aside – which will be devoted to food production as long as grain prices remain buoyant – will drastically reduce the amount of land available for energy crops. The commission had assumed that the bulk of the biofuels production in Europe was going to come from set-aside and, if this land is to be devoted to food, there is a gaping hole in the energy policy.

The one positive step the commission could make is to fund the intervention system, allowing it to buy in stocks to bolster depleted reserves, providing a strategic margin against the possibility of real shortages.

In times of surplus, it is that system which has led to stocks being dumped on the world market, undermining third world agriculture. But, where shortages are possible, the same system provides a buffer which ensures that we do not run out of food. Yet, as part of the "Health Check", the commission has largely abandoned intervention, abolishing it for a wide range of products.

Generally, therefore, the totality of the "reforms" proposed are such that they will have relatively little, if any, effect on improving food stocks – or on the fate of third world populations. And, as long as global prices for commodities remain high, the market rather than the EU will be the driver of increased production.

One gets the feeling though that the commission's proposals are merely a "starter for ten". The French are making bellicose noises about increasing agricultural spending and, as France holds the presidency from 1 July, we can expect to see much manoeuvring before November when the Agriculture Council meets to decide on the final shape of the "reforms".

By then, we will have some idea of the state of the global harvest for this year and will know whether the commission will need to rethink its proposals completely or whether it can get away with what is, in effect, tinkering at the margins. And then, there are the French …