The cult of the myth 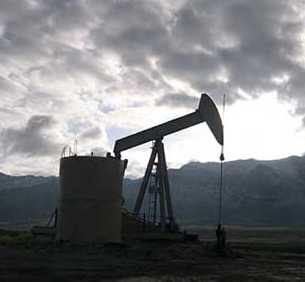 As the price of oil hits new records, topping $135 a barrel, and the media is retailing alarmist stories about continued rises, the BBC Radio 4 World at One has devoted its whole programme to the "oil crisis". However, in The Times and The Daily Telegraph less alarmist voices can be heard.

The offering in The Daily Telegraph comes from Ambrose Evans Pritchard who, under the heading, "Oil's perfect storm may blow over", points to the fact that the global supply of crude is rising and the market for crude has been creeping into surplus for several weeks.

In many respects, the current price highs have all the ingredients of a classic commodity bubble. So, although there may be enough momentum to keep the boom going until Christmas, the global slowdown in economic growth will gradually kick in, slowing demand and the pressure of prices.

As interesting is The Times offering, which comes from Anatole Kaletsky. His line is well evident from the strap, which reads: "Rip up your textbooks, the doubling of oil prices has little to do with China's appetite", thus confronting the settled opinion that China’s growth (and, to a lesser extent, India) is responsible for many of our woes.

In 2004 it was consuming an extra 0.9 million barrels a day; in 2007 it was consuming just an extra 0.3 mbd. In the same period global demand growth has slowed from 3.6 mbd to 0.7 mbd. As a result, the increase in global demand growth is now well below last year's increase of 0.8 mbd in non-Opec production, according to Mike Rothman, of ISI, a leading New York consulting group.

Then, comes the rhetorical question: "Why, then, are commodity prices still rising?" The answer will come as no surprise to our readers:

The first point to note is that many no longer are. Rice, wheat and pork are 20 to 30 per cent cheaper than they were two months ago, when financial pundits identified Asian and African food riots as the first symptoms of a commodity "super-cycle" that would drive prices much higher. And the price of industrial commodities such as lead, zinc and nickel, supposedly in short supply a year ago, has now dropped by 40 to 60 per cent. In fact, most major commodity indices would already be in a downtrend were it not for the dominance of oil.

This is the point we were making last Sunday, when we reported that the global price of rice was plunging. Earlier, we had reported that the price of wheat had fallen back from its record February high, and it has now stabilised.

What is doubly interesting is that we had already picked up indications that the economic picture in China is not quite as rosy as some would wish to believe and, furthermore, that its growth in food consumption was relatively modest.

These are all "real world" indications – factual evidence that seems to contradict the perceived wisdom of China's role in the current crisis. Yet, even this lunchtime, the myth was being trotted out by the BBC. Our question, therefore, is why so many commentators seem anxious to talk up the crisis, and misdiagnose the causes – apart from the obvious: talk of crises sell newspapers.

One less obvious answer lies over the Channel in Brussels, where the "beneficial crisis" is seen as one of the major tools for driving forward the integration agenda.

And another indicator of how quick the "colleagues" are to invoke this dynamic also comes from Ambrose Evans-Pritchard who writes of "a top cast of European statesmen" who have "called for a creation of a pan-EU body to protect the citizens against the 'social risk' posed by modern capitalism."

The financial crisis "is a failure of poorly or unregulated markets, and shows us, once more, that the financial market is not capable of self-regulation," they write, as they demand a new "European Crisis Committee" to take the matter in hand.