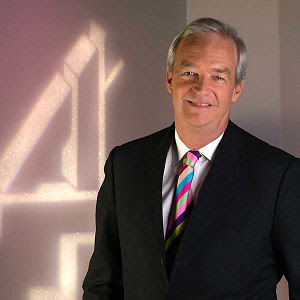 With its usual unerring sense of what is really important in what is going on in the world, Channel Four News tonight devoted a very short item to the news that EDF, Electricite de France, is confident of buying British Energy.

This company not only owns Britain's remaining nuclear power stations but also their surrounding sites, on which, not least for ease of obtaining planning permission, it is likely that most of the next generation of sorely-needed nuclear power plants will have to be built.

This perfunctory item was given less than a minute by Channel Four News, which has previously given plenty of evidence that it strongly opposes nuclear power and thinks we should be relying on many more windfarms, The next item, five times as long, was devoted to a new exhibition staged by the transvestite, Turner Prizewinning ceramic artist Grayson Perry, featuring works of art which reflect British life between 1945 and 1980 - as Perry put it, between the two dark ages of "Nazism and Thatcherism".

If there was just one reason for hoping that those new nuclear power stations cannot be built in time to stop Britain's lights going out for rather long periods - which seems increasingly likely - it might be the thought of the expression on the faces of Jon Snow, Alex Thomson and Krishnan Guru-Murthy when they realise that Channel Four News has been forced off the air by a prolonged power cut.