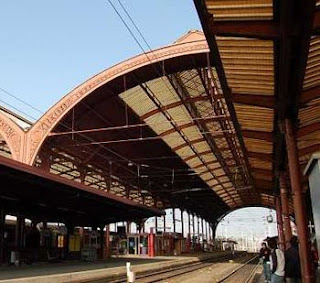 MEPs currently in Strasbourg for their monthly session are getting worried about a French railway strike, which might make it difficult for them to get home today.

Their unease was articulated by Scottish Tory MEP who told a plenary meeting of the EU parliament: "France does nothing to make our life easier. It's almost impossible," apparently to thunderous applause.

As the rail strike was due to start yesterday night, Stevenson added that, since France forces MEPs and thousands of staff to travel from Brussels to Strasbourg once a month, it should also ensure services are not disrupted by strikes.

However, one is not sure why this particular MEP – or any – is that concerned. Most fly back home, and are given chauffeur-driven cars to the airport. Hence, they are entirely unaffected by rail strikes.

Even those returning to Brussels tend to fly there and, if there are problems with the service, the Mayor of Strasbourg provides free luxury transport over the border to Frankfurt airport, where they can pick up cut-price Ryan Air flights to most European destinations.

By and large, it is the staff who suffer any inconvenience – the scene above, at Strasbourg station, is one very few MEPs ever see. And it is a rare MEP that gives a toss about their staff travel arrangements.

We used to have a crowded, rickety old bus to take us into town, having to wait lengthy periods while the MEPs were provided with chauffeured limousines. Oddly though, my e-mail to the parliament "services" asking if we were required to genuflect, or doff our caps as they swept past was never answered.