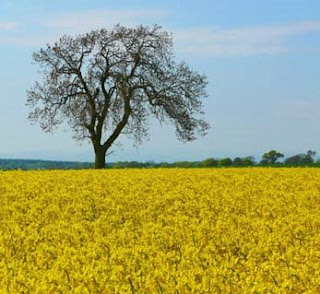 No, not a misprint – we did not mean to write "theory and practice" only to have the automatic spell-checker substitute a different word, as it sometimes does, with unfortunate effect.

Watching the political scene from our lofty heights, we observe two different phenomena. One is the reality, the practice, of government – the nuts and bolts of the management of this country (insofar as it is managed at all) and the other is the theatre. The latter is the froth, the jousting over PMQs and the "scorecards" over who did better, or the performance of Brown on the Today programme; etc., etc., etc…

The great danger – if it is that – is that the political commentators (or theatre critics, as we prefer to call them) get so wrapped up in reporting their bits of the soap opera that, like some watchers of the TV genre, they begin to believe they are dealing with the real thing.

Hence, as do you get TV viewers writing quite genuine letters of condolence when one of their favourite characters "dies" on screen, so you get the theatre critics believing their own fantasies, projecting them into the media as if they had genuine substance.

Meanwhile, the business of government goes on, entirely unaffected and unobserved, the effect of which is of far more importance – and of greater lasting impact than the ephemera that dominates the headlines.

One of those bits of "business" that are going to have a profound effect is the ongoing exchange between the chancellor of our provincial government, Alistair Darling and the EU commission, over the immediate management of our food (aka agricultural) policy, and its shape in times to come.

As we left it, last Monday, Darling had written to his counterparts in the EU member states, pleading with them to support the continuation of the import tariff waivers on grains, and to re-think the biofuels policy. In the longer term, he also wanted an end to direct subsidy payments to farmers.

All this is in the context of spiralling food prices, which now have considerable political resonance, yet the move went almost entirely unremarked by the theatre critics in the MSM.

Nevertheless, as you might expect, Darling's action did not escape the attention of the farmers, with the result that the Farmers Guardian now reports: "Darling under fire for CAP attack in EU treasury letter".

Rarely do we ever find ourselves in agreement with the NFU (the initials of which we usually take to mean No F*****g Use), but it is hard to disagree with the words of NFU president Peter Kendall, who condemns Darling's letter as "badly timed and tactically inept". Although we might have different reasons for agreeing, we would also accept Kendall’s view that:

All the indications are that this letter will irritate others in Europe and be counter-productive to the Government's wish to see constructive progress on agriculture and trade.

I find it remarkable that as we're about to enter negotiations on reform of the CAP the UK Treasury would undermine the UK Government's credibility by making suggestions for reform which are so far out of touch with reality. Going into important negotiations, such statements make the UK look like a voice in the wilderness.

Again, he is right – and The Scotsman - which is still in touch with its agricultural roots – has more. Whatever one might think of the CAP, the fact is that what Darling is suggesting is totally at odds with the direction being taken by France and Germany that his pleas were almost guaranteed to fall on deaf ears.

The worst of it is that Darling does need to get some action. In EU agriculture commissioner Mariann Fischer Boel, we possibly have the worst agriculture minister (and yes, she is our agriculture minister) in living memory, a report in The Guardian confirming that she is living in the land of the fairies.

The paper is retailing a Reuters story which tells us that Boel is about to publish details of how she wants to build on the "radical 2003 reform of the CAP", with plans "change agricultural subsidies in a reform blueprint that would divert more cash from larger holdings into projects for enhancing the countryside."

This is a continuation of previous thinking, still predicated on controlling excess production, putting more money into environmental schemes, through a process known as " modulation". Yet this is at a time when pressure on farming has never been greater, with set-aside land released for food production to order to re-build depleted grain stocks.

Boel still has not come to terms with the idea that we are looking at structural changes in the global food supply, exacerbated by the rush to biofuels, and is still locked in the "over-production" paradigm that has driven the CAP ever since its inception.

Intriguingly, Reuters observes of this opening round in what are to be protracted negotiations: "So far most countries have played their cards closely." It adds: "However, the real debate is only just beginning and no deal is likely until at least November when France, by far the largest beneficiary of CAP spending, will be EU president."

And, as we observed at the end of last month, the debate goes on without us – unaffected by Darling's "tactically inept" intervention.