Now you can blame the EU 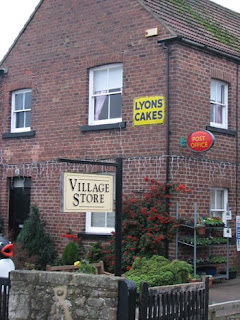 Despite the insistence of the groupuscules that the EU is responsible for the post office closures, which are currently the subject of controversy, we have
robustly maintained that the closure programme is a home-grown affair, brought upon us by our own government without the intervention of the EU.

However, a piece in yesterday's Daily Telegraph (business section, of course) puts something of a different slant on the issue.

It records how an additional 3,000 post offices might face closure if the government awards a contract to handle pension and benefit payments to a rival company. This is the "Post Office Card Account 2 (Poca2)" contract – which deals with pension and benefits payments and is due to expire in 2010.

The 24 million or so transactions involved are valued at £1 billion between 2003 and 2010 and provide a key element of post offices' income. The problem is that the contract for 2010 onwards has now been put up for tender and attracted two rival bidders. If the Post Office loses the contract, many small branches would go out of business, as the transactions provide about 12 percent of sub-postmasters' earnings, as well as attracting customers who spend on other services and products.

The rub here is that the reason the contract has been put up to tender is because of the EU’s procurement directives, which apply to service contracts valued at over £93,738, excluding VAT. And, as part of that process, the contract must go to the lowest bidder.

This requirement has affected other services provided by post offices, which have as a result suffered a steady loss of income. For instance, the government's decision to remove from post offices the responsibilities for the provision of driving licences, television licences and benefits payments resulted in income worth £168m being lost. By contrast, the government subsidy for post offices is £150m.

The TV license contract is especially interesting as this was worth £100 million to the post office in the financial year 2000-2001 and would undoubtedly be worth more now.

With effect from 1 July 2002, however, collection and enforcement activity was handed over to Capita Business Services Limited, following a competitive tender under EU rules, a loss to the Post Office which must no account for a substantial part of the overall losses of the network.

On this basis, it is fair to argue that, while there is no direct involvement of the EU in the post office closure programme, the dead hand of EU law has been indirectly responsible for undermining the network's income stream, the resultant losses triggering the need for closures.

So, we get there eventually – you can now blame the EU for post office closures, in part at any rate.