What do they know? 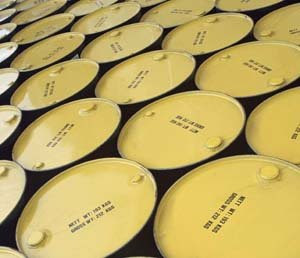 It was in 4 March 1999, during the depths of the Asian financial crisis that the Economist magazine published an article (subscription only: full text here) headed: "Why cheap oil may be bad".

Then, the price of oil had fallen by half in the previous two years, to just over $10 a barrel. And, the Economist, predicted: "It may fall further". The magazine reported that the chairman of Royal Dutch/Shell, Mark Moody-Stuart, had three months earlier unveiled a five-year plan that assumed a price of $14 a barrel. He had since publicly mused about oil at $11.

Then, said the mighty Economist:

Yet here is a thought: $10 might actually be too optimistic. We may be heading for $5. Thanks to new technology and productivity gains, you might expect the price of oil, like that of most other commodities, to fall slowly over the years. Judging by the oil market in the pre-OPEC era, a "normal" market price might now be in the $5-10 range. Factor in the current slow growth of the world economy and the normal price drops to the bottom of that range.

Never once did the price get near $5 a barrel, demonstrating that even the most authoritative sources can get it spectacularly wrong.