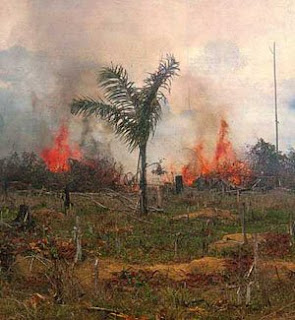 Based on the content of a fascinating piece in The Daily Telegraph, the headline could so easily read: "EU causes destruction of rainforest".

The basis for such an assertion would be the comments of Francisco Santos Calderon, the vice-president of Colombia, interviewed by David Blair, the paper's diplomatic editor.

Santos tells Bair of the damage done to the rain forests by the drug cartels. As they are driven out of their existing coca fields by the US-funded spraying programme, they are moving into virgin rain forest. There, they practice "slash and burn" techniques, opening up 741,000 acres of rainforest every year to make way for coca growing, from which is cocaine destined for the European market is grown.

What would justify the headline, though, is that Santos urges Europe, "to help the farmers by reforming the Common Agricultural Policy." "If our farmers and our peasants were able to export to the European Union without the tariffs and without the barriers," he says, "we would have a farming sector that would be more competitive and a lot of peasants would not go into drug-growing."

As it is, the paper's actual headline is: "Colombian drug cartels blamed for the destruction of rainforest" – which is fair enough. But what Santos says has a resonance around the world. 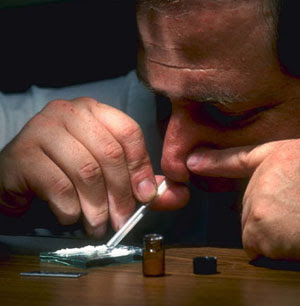 If the EU opened up its markets to third world produce – and spent more of its efforts on helping these nations developing their infrastructures so that they could export to us more easily - then many problems like drug production would be significantly reduced.

However, one of the main problems with Colombia is that its main (legal) export products are bananas and coffee. EU trade policy favours the ACP (Afro Caribbean Pacific) states, mainly supporting former French colonies. As a result, EU trade with Columbia in agricultural products is declining.

Of course, as a major player in the market – as the largest importer of food in Europe – the UK could take on a significant role in promoting greater trade with Colombia. The problem is that we do not have the freedom to make our own trade agreements, being shackled to the EU and bound by its agreements.

To that extent also, the facts could also sustain a headline, "EU responsible for British cocaine imports". That is not to say that there are not other reasons why coca-growing is so attractive to Colombian farmers, but it is certainly a fact that we are not free to take an independent line which would help reduce drug traffic.

Needless to say, when drugs policy in this country is discussed by our provincial politicians, such factors will never, ever be discussed – it is so much easier, from the Europhile perspective, to blame the drug cartels.

Email ThisBlogThis!Share to TwitterShare to FacebookShare to Pinterest
Labels: CAP