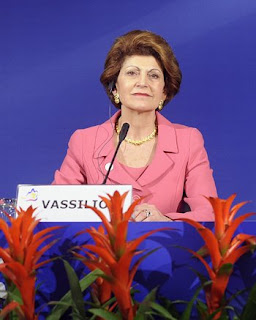 What seemed to be a new phrase burst into the linguistic currency last week, courtesy of Boy Miliband, currently our foreign secretary. He was referring to the Burmese ruling junta, coining the phrase "Malign neglect" to describe its response to the cyclone disaster.

In fact, the phrase was not new. It was coined in 1994 by US author Michael Tonry, the title of his book about "racial disproportion in the criminal justice system". It was also used in 2002, again in the United States, to describe the "unequal system of school finance" and then again last year, applied to the Amnesty Bill on illegal immigration.

Nevertheless, it is a good phrase – far too good to leave to the tender mercies of Mr Miliband. It can be applied, for instance, to the extraordinary inadequacies of our own media when it comes to reporting the affairs of the EU, the latest example of which easily justifies the epithet.

The example will come as no surprise to regular readers of this blog, who will have been following the progress of the latest pesticide directive and the almost complete absence of comment in the British MSM.

As it happens, the directive went to the Council of Ministers for approval yesterday, an event which elicited an appeal from EU health commissioner Androulla Vassiliou, to "EU governments" to adopt stringent new rules "to ban the use of all potentially cancer-causing pesticides".

Reported only by the one news agency, Vassiliou was cited as declaring: "The key aim of the proposal is to protect the health of citizens and the environment, we must not lose sight of this" - a classic argument from a risk-averse, short-sighted commissioner.

What then happened we have no means of knowing from the British media – other than from a single report in the business section of The Scotsman which tells us, in passing, that the Council of Ministers failed to make a decision and have deferred any further formal consideration for "several months".

In what is clearly a rebuff to the commission (and the EU parliament), the Council is having second thoughts about this controversial directive. That is potential effects are extremely damaging is further reinforced by the Scotsman report with retails a view expressed by the British Pesticides Safety Directorate, which warns that "crop yields throughout the European Union could be put at serious risk," if the directive is approved.

"For once," the paper adds, "the UK government appears to be on side with farmers, judging from a statement issued by its Pesticides Safety Directorate (PSD) suggesting that cereal production could plummet by as much as one third."

From this, we might assume that the British government might have been instrumental in delaying the approval of the directive at the Council meeting yesterday, although we actually know not what our ministers did, owing to the notorious secrecy of the EU’s decision-making process.

However, even that level of secrecy cannot compare with the "malign neglect" of the media, and its failure to report on this important and contentious issue, the likes of The Daily Telegraph instead preferring to devote considerable space in today’s issue to a story on how the "middle classes" could "ditch organic food to cut bills".

The ironic thing is that, if the EU has its way, most of our food in the future – what little there is left - will end up being "organic" by default, as the progressive ban on agro-chemicals ensures that there are precious few products which farmers can use.

The end point of that, of course, is that not only will prices soar, but real shortages may occur – not only in the UK but in developing countries which will also be unable to use these products.

But nothing of this is important enough, in the eyes of the MSM, to report.