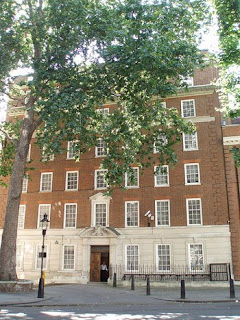 What had once been the proud headquarters of the Conservative Party, from 1958 to 2003, is now to suffer the indignity of new owners and a new name: Europe House.

The new owners, announced by Property Week, are jointly the European Parliament and the European Commission. They have bought the building for £20m from the debt-ridden Irish developer Harcourt Developments.

The company, owned by Donegal businessman Pat Doherty, is a generous contributor to the ruling Irish political parties. Yet it has sustained a loss of £10 million on the deal, having bought the building for £30m from the Conservative Party last year.

Needless to say, the "colleagues" are delighted. "This deal will provide a suitable and convenient Europe House in the UK," says Gerard Onesta MEP, one of the vice presidents of the EU Parliament. "Our ambition now is to refurbish the building to the highest standards of environmental excellence, fit for the 21st century, to serve the citizens of the UK."

Not only do we not want to be "served" by these cretins, it seems we must also suffer the indignity of seeing the detested ring of stars flown from this building - which is due to be occupied by early 2010 – instead of the Union Jack which it once so prominently flew.

But then, for the Party which took us into the (then) EEC, agreed the Single European Act and then forced ratification of the Maastricht Treaty, it is perhaps appropriate that the new owners should be moving into their old headquarters.

Conveniently located for the Westminster Parliament, it will provide an ideal launch pad when they come to buy up that building as well, once the current occupiers realise that it has ceased to have any useful function.