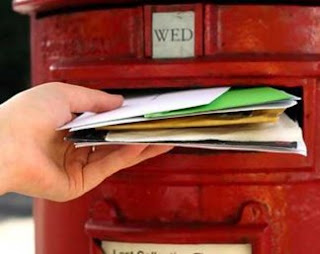 They are at it again … ignoring the elephant, even though it is alive and kicking – and dumping dirty great turds on the carpet.

Leading the fray in the eyes-wide-shut brigade is the BBC which retails the news that Postcomm's chairman Nigel Stapleton is calling for Royal Mail to be partly privatised "to safeguard the quality of the UK's mail delivery service".

He is warning that Royal Mail's financial difficulties would worsen unless bold action was taken and, without private sector involvement, the company "may require a government subsidy".

Apart from anything else, Stapleton's comment in the respect is, shall we say, as tad tendentious. He must know, better than most, that any idea of a subsidy is not on the cards – without the approval of the EU, which would be unlikely to give it. It would, in this context, be deemed illegal state aid.

But then Stapleton, according to The Daily Mail (which also does not mention the elephant) is comparing the Royal Mail's plight to "a person climbing up a very steep hill with a rucksack on his back filled with rocks", neglecting to say that the "rocks" are the postal services directives.

Is then a coincidence, one asks, that Stapelton should also happily chirp that, "Private sector partnerships had worked in other European countries," which is setting up precisely the agenda set up by the EU commission: first you break up the business; you allow it to be taken over by cross-border providers; then you move in to create a pan-European regulator on the grounds that the services can no longer be regulated nationally.

But it is the BBC that kindly reminds us that Royal Mail's troubles started with the ending of its 350-year monopoly at the start of 2006 – without mentioning why – telling us that other licensed operators were then given the right to collect and deliver mail, while the Royal Mail it is still obliged to deliver letters to and from anywhere in the UK at a uniform tariff. It is this which has given rise to a loss of £279m in the year to the end of March.

This gets agreement from Jeff Randall in the Daily Telegraph, who gets another comment piece on the issue. But, unlike his previous op-ed there is no mention of the elephant at all.

Instead, bizarrely, having referred to the problems of the universal service, and the possibility of reducing the burden, he notes that this is "enshrined in law". Amazingly though, he then goes on to say: "But laws can be changed."

That this man should make this comment is almost incredible. A man who told us that: "There exists no commercial, political or social problem that meddling by the European Union cannot make worse…", must know that the "law" to which he refers is EU law. As such, it cannot be changed - certainly not to suit Royal Mail.

Has Randall been got at, or have they applied a new coat of "stealth" paint to the elephant, so that it is invisible to him as well? I think we should be told.