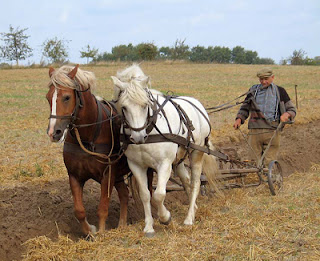 Booker, in his column today, continues to worry away at the issue of the European Council and the extent of the power grab that he revealed last week, amounting to an attempted coup d'etat by the EU.

What he picks up in today’s piece is the extraordinary attempts of the Europhiles to deny the significance of absorbing the European Council into the maw of the Union institutional structure, invoking from Booker a reminder of the aphorism from the explorer Alexander von Humboldt: "First people deny a thing, then they belittle it, then they say it was known all along." How often this illuminates the tortured advances of the European Union, writes Booker.

Highlighted in the piece is the attempt by Robert Jackson on the Today programme to dismiss this important change as words on paper and the continuing attempts by the Economist blog to play down its signficance, not least in invoking "the British Government's own lawyers", who have – we are told – stated that the new treaty "leaves the status of the European Council unchanged".

That they have reacted so sharply, certainly in Booker's view (shared by many others) means that we seemed to have touched a nerve, and we are by no means alone in appreciating the significance of Article 9 and its implications – witness the comments by Jean-Claude Trichet, the president of the European Central Bank, yesterday in the Financial Times.

In that paper's account, Trichet had raised concerns about the effect of Article 9 (although the Article was not named), arguing that the absorption of the ECB into the institutional structure would undermine the Bank's independence underwritten in the current treaties (Article 108).

Quite how seriously the ECB takes its independence can be seen in this speech in April by Lorenzo Bini Smaghi, a member of the executive board of the ECB. 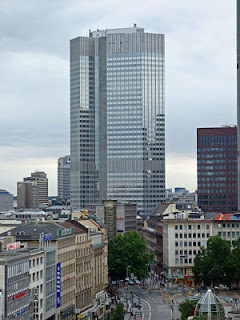 Thus, in a letter to Manuel Lobo Antunes, the Portuguese secretary of state for European affairs, Trichet argued that being listed as one of the Union's institutions along with bodies such as the EU commission and parliament was unacceptable.

"Because of its specific institutional features, the ECB needs to be differentiated from the union's institutions," Trichet wrote. As a Union institution, the central bank would be bound by the same code that applies to the Commission and other bodies.

His fear is that this "subtle change" might encourage EU leaders to put greater pressure on the ECB to divert from its job of regulating the euro and pursue more populist polices aimed at driving growth and job creation.

Both the Saxon Times and the Huntsman blogs saw the point and, of course, what applies to the ECB applies also the European Council in spades.

Also hinted at by the Financial Times is the mechanism by which Article 9 would be applied. It is not one of direct threat or enforcement, in the manner so dismissively described by both Jackson and the Economist blog, but the more insidious application of pressure, moral blackmail and all the other techniques which the "colleagues" use to get their way.

But, if Trichet and a few blogs can see the point, not so the MSM, hence the ludicrous treatment of the story by The Daily Telegraph yesterday, in framing Trichet's concerns as a ploy by France to control the eurozone economy for its own benefit.

Nowhere in that story, nor elsewhere in the MSM, have we seen any explicit warnings about the dangers of Article 9, other than from Booker, writing both in the Sunday Telegraph and The Daily Mail, leaving him ploughing his lonely furrow, outside the mainstream narrative.

Thus, while Booker's piece is headed, "Europhiles in denial over the treaty," it appears that they are not the only ones.