A footbridge to power 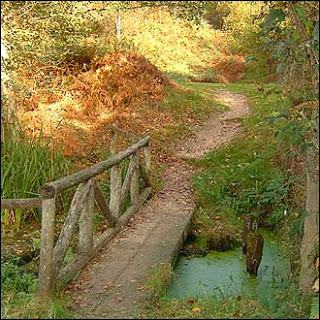 There has been much ado (well, some) about what William Hague is calling "the ratchet clause". Also known by the "colleagues" as the passerelle (literally, a footbridge - hence the title and illustration), this is a provision in the "reform" treaty which allows the European Union to revise parts of the treaties without having to go through the trauma of an Intergovernmental Conference (IGC).

For very good reasons, Open Europe, amongst others, is labelling the document the "self-amending treaty".

Currently, treaty revision is accommodated by means of a single article, Article 48, which deals with the convening of the IGC (precisely the mechanism being currently used to amend the treaties). However, the new treaty also extracts two particularly contentious provisions from the failed constitution (Articles 444 & 445), known as the "simplified revision procedure".

Now to become Article 33 in the "reform" treaty, this states that, in addition to what is now termed the "ordinary revision procedure" (which has also been modified), the treaty may be revised using the "simplified" procedure.

In fact, there are two such procedures. The first applies to "revising all or part of the provisions of Part Three of the Treaty on the Functioning of the Union relating to the internal policies and action of the Union," this being the Part which encompasses most of the Union's policies. The procedure allows the European Council, acting by unanimity, to make the changes.

Crucially, there are then two caveats: the changes cannot take effect until approved by the member states "in accordance with their respective constitutional requirements" and the procedure may not be used to increase the Union's "competences".

The second part of the procedure allows for a more limited change, in which the European Council, again acting unanimously, may remove vetoes from Part III of the treaty but, also from the foreign affairs provisions, paving the way for foreign policy to be determined by QMV. Here, the only caveat is that this cannot be done where there are military implications or in "the area of defence".

The main effect of both procedures, therefore, is to sideline the IGC and hand the power to the European Council, which as we know, is to become an institution of the Union – part of the supreme government of Europe. This sets an important legal precedent in allowing a treaty organisation to amend its own governing treaty.

And, despite the fact that the same people attend both the IGC and European Council, the important legal distinction remains – the members of the European Council do not represent their own states. They represent the Union. As such, they will be duty bound to advance the objectives and serve the interests of the Union. In strict terms, if revising the treaties is couched in terms of advancing the objectives of the Union (or serving its interests) the European Council will be obligated under the terms of the treaty to approve any moves proposed. The veto, therefore, is of only symbolic effect. 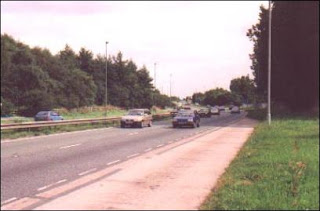 As regards the "ratification" requirement, the provision for the approval "in accordance with their respective constitutional requirements" can, in countries like Ireland and Denmark, trigger a referendum, so it can be a stiff hurdle to surmount. But the parliamentary veto by-passes that problem, and allows the removal of vetoes in the treaties to be achieved that much more easily.

As such, these two provisions represent a significant increase in the power of the Union, especially in relation to foreign affairs. Reflecting on the whimsical sense of humour of the "colleagues", therefore, in calling this a passerelle, one might think it is more like a two-lane by-pass.