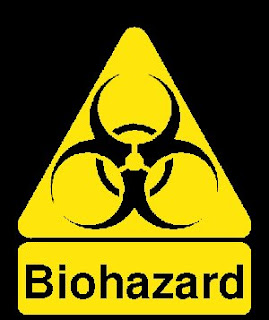 Part of the game in analysing EU draft treaties is to go through the text to count up all the additional powers ("competences" in Euro-speak) that the Union is seeking to award itself, coming up with a satisfying round number to spice up the debate and, hopefully, grab the odd headline or two.

In this new so-called reform treaty, however, the "colleagues" have excelled themselves, secreting into the text an amendment which gives them powers to do just about anything. For a nice round number of additional powers, therefore, perhaps we should settle for "infinity".

Now, such is the skill of the "colleagues" (and you have to give them that – they are supremely skilled in mounting their power grabs), the "hit" does not come in one simple little statement, but comes with the combination of two widely separated amendments to existing articles.

This is akin to the hi-tech "binary" nerve gas weapons – two chemicals which, on their own, are relatively harmless but, when combined, become deadly.

The first of the two Articles in question is our old friend Article 308, which we have met before, the so-called "catch-all" article which allows the EU to make laws where there is no specific power to take action. This has already been abused but, within the context of existing treaties, there are at least some limitations, the text being confined (in theory) to the "operation of the common market". This is the text:

If action by the Union should prove necessary, within the framework of the policies defined by the Treaties, to attain one of the objectives set out by the Treaties, and the Treaties have not provided the necessary powers, the Council, acting unanimously on a proposal from the Commission and after obtaining the consent of the European Parliament, shall adopt the appropriate measures.

The most obvious difference, of course, is the removal of the "operation of the common market" caveat, giving the Article universal application across the whole field of Union activity. That is bad enough, but the real power of this "binary weapon" is not spelled out. To give it its force, you must pick up the phrasing, "…to attain one of the objectives". The Article gives the Union carte blanche to make laws to attain any of its objectives.

To find the objectives, one has to go right to the front of the new treaty document and look at Article 3 – the two articles could hardly be more widely separated. But, again, to appreciate the extent of the power grab, one again has to contrast the existing with the new. The existing article (currently numbered Article 2) reads as follows:

The Union shall set itself the following objectives:

1. The Union's aim is to promote peace, its values and the well-being of its peoples.

2. The Union shall offer its citizens an area of freedom, security and justice without internal frontiers, in which the free movement of persons is ensured in conjunction with appropriate measures with respect to external border controls, asylum, immigration and the prevention and combating of crime.

3. The Union shall establish an internal market. It shall work for the sustainable development of Europe based on balanced economic growth and price stability, a highly competitive social market economy, aiming at full employment and social progress, and a high level of protection and improvement of the quality of the environment.

It shall promote scientific and technological advance.

It shall combat social exclusion and discrimination, and shall promote social justice and protection, equality between women and men, solidarity between generations and protection of the rights of the child.

It shall promote economic, social and territorial cohesion, and solidarity among Member States.

It shall respect its rich cultural and linguistic diversity, and shall ensure that Europe's cultural heritage is safeguarded and enhanced.

4. The Union shall establish an economic and monetary union whose currency is the euro.

5. In its relations with the wider world, the Union shall uphold and promote its values and interests and contribute to the protection of its citizens. It shall contribute to peace, security, the sustainable development of the Earth, solidarity and mutual respect among peoples, free and fair trade, eradication of poverty and the protection of human rights, in particular the rights of the child, as well as to the strict observance and the development of international law, including respect for the principles of the United Nations Charter.

6. The Union shall pursue its objectives by appropriate means commensurate with the competences which are conferred upon it in the Treaties."

At this point, of course, the eyes glaze over – this is redolent of the high-flown rhetoric that typifies community documents – and one moves on rapidly to study the more substantive pieces (or not at all). But, far from rhetoric, this is a shopping list for new powers, beautifully dressed up as "mother and apple pie" aspirations.

For instance, the Union is required to contribute to "the sustainable development of the Earth". What that actually means is anyone's guess but, given the inventiveness of commission officials, it can mean anything you want. And if there is no power written into the treaty to allow the specific action? No problem – Article 308.

Then, the Union shall take measures "aiming at full employment and social progress". What does "social progress" mean? Well, given the inventiveness of commission officials … And if there is no power written into the treaty to allow the specific action? No problem – Article 308.

And, how do you interpret the requirement to "promote scientific and technological advance"? Well, given the inventiveness of commission officials … And if there is no power written into the treaty to allow the specific action? No problem – Article 308.

How about upholding and promoting "the strict observance and the development of international law"? If anything was a blank cheque, that certainly is. Effectively, the EU can decide to implement any number of provisions promulgated via "international law". And if there is no specific power in the treaties? No problem – Article 308.

That is the effect of the "binary" treaty. Mix and match the articles and you can achieve things that no single article will allow. And the beauty of it all is that the effect of single articles is never wholly apparent, keeping the full extent of the power grab under the radar. Who would go to the barricades over Article 308? Don't mean nuffink, guv – until …