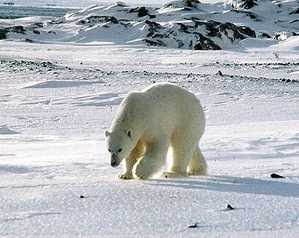 Strangely absent from the BBC news bulletins (so far) - but headlined by The Daily Telegraph and carried by the major news agencies – is a "shock" finding that global warming is taking a break.

This comes from a report in the journal Nature which concludes, on the basis of computer modelling of changes to the "meridional overturning circulation" (MOC), that global warming "could take a break in the next decade".

Climate scientists at the Leibniz Institute of Marine Sciences in Germany, it seems, believe a change in the Gulf Stream is impending. They predict this will temporarily weaken over the next decade, in line with what has happened regularly in the past. This, they say, will lead to slightly cooler temperatures in the North Atlantic and in North America and Europe.

Separately, and apparently unrelated to this study, Watts up with that publishes an analysis offered by Don J. Easterbrook, a retired professor from the Dept. of Geology, Western Washington University, in Bellingham.

This is in response to the news on the Pacific Decadal Oscillation shift, reported yesterday, with Easterbrook concluding that we could be facing "…several decades of global cooling" (the graph shows the historic effects of PDO shifts on temperatures). 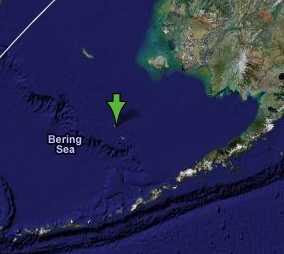 Nor do these findings stand on their own. Today we also see a report that March 2008 was clearly an extreme month for sea ice in the Bering Sea. St. Paul Island (see satellite location pic) remained in the sea ice through the month of March. St. George – to the south of St. Paul - was icebound for a total of 18 days during March.

Several captains of fishing/crabbing vessels decided by the third week of March to stop fishing and go home, hoping to return in early April to resume operations in less icy waters (pic below – the Bering Star while crabbing in the Bering Sea during early March 2008. This was one of the ships that suspended operations due to the ice). 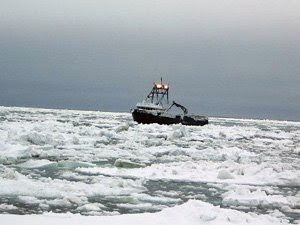 Then, from the other end of the world, Science Daily reports that the Antarctic deep sea is getting colder. This is the first result of the Polarstern expedition of the Alfred Wegener Institute for Polar and Marine Research in the Helmholtz Association that has just ended in Punta Arenas/Chile. At the same time, the journal confirms that satellite images from the Antarctic summer have shown the largest sea-ice extent on record.

Putting all that together – bearing in mind that there has been no global warming since 1998, and taking into account the concerns over the lack of sunspot activity and the lateness of solar cycle 24 – one comes to the inescapable conclusion that, whatever the medium to long-term future might hold, we are in for some colder weather in the short-term. 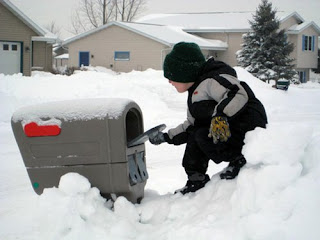 Cooling, of course, brings with it the possibility of catastrophic winter weather events but, even without any such phenomena, lower crop yields are to be expected. And, with the global food production system under stress, we are relying on record harvests over the next few years to rebuild reserves and take the pressure off commodity prices.

We are thus in a situation where the world is relying not just on maintaining production levels but on record production, at levels never before achieved. These are achievable, but only if weather conditions allow – of which we cannot be certain, and less so now. In short, we really do have a global system "on the edge".

For wealthy countries like the UK, any immediate adverse effects of cooler weather will manifest themselves in food price inflation and occasional local shortages (as they are doing now). These will be more inconvenient than life-threatening. Not so, of course, for impoverished nations, which – as we pointed out earlier – could suffer severely. The knock-on effects for the UK and other developed nations are incalculable – but potentially serious.

For Britain, though, the deterioration in the global food supply is especially serious as, according to latest figures, we are only 60 percent self-sufficient in food – equivalent to four in ten of our population relying on imported food.

A lack of self-sufficiency is not a problem – the UK has always been a trading nation and has, since the Middle Ages, relied on imported food. What matters is whether, in a situation of global food shortage, we can manage our food supplies. The problem is that we cannot – and it gets worse. Our predicament is spelt out here:


In short, whatever might happen in the short to medium future, we are entirely reliant on the good offices and capabilities of the European Union, to ensure that we as a nation remain well fed. 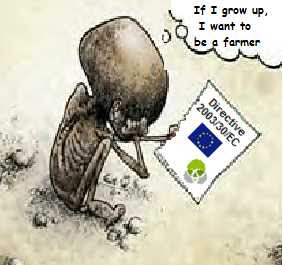 Furthermore, while the consequences (to us) of mismanagement of our food supplies in an era of food surpluses are primarily financial, in a time of shortages, the consequences are potentially far greater. That is really worrying.

In a sense, we see chickens coming home to roost. With successive governments having handed over their powers to control our food supply to the EU, we are now left at the mercy of Brussels, the commission and the council of ministers, comprising 26 other member states – all of which have their own agendas and their own priorities.

Arguably, would that they knew it, the developing situation is a gift for Eurosceptics. The fact that we are so reliant on the EU for our basic needs is an issue which provides the strongest possible argument for getting clear of that malign organisation and recovering control of our own affairs. This is no longer an academic issue (if it ever was), but one of increasing urgency.

UPDATE: New posting and comments on Watts up with that and an excellent post here.