Place your bets, ladies and gentlemen 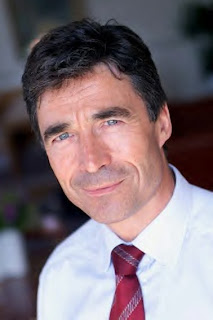 The time has come for everyone to start placing their bets on who is going to be the “EU President” or, to be quite precise, the President of the European Council. The job is being set up by the Constitutional Reform Lisbon Treaty and ought to start on January 1 of next year. As things are going, it can be held up only by an Irish no vote or a miracle.

There was a lot of excitement among eurosceptics and others some while ago about Tony Blair becoming that august personality. I was even asked to sign a petition that said, more or less, anyone but Tony. Kindly but firmly I pointed out that signing a petition like that implies that I would not mind someone else taking that position. Well, actually, I do mind. I mind the fact that such a position with all its perks is being created. Who actually walks the corridors of power (well, semi-power as the President of the Commission will still be around) is of little significance.

As it happens, I do not now and have never believed that it would be Blair for a number of reasons, not least the one about no Brit getting that position, not even a particularly despicable one. So neither Lord Kinnock nor Lord Brittan need apply.

So who is in the running? Bertie Ahern, the front-runner for a while, has now dropped out of the race, maybe temporarily, as accusations of illegal payments is hardly something to disqualify you. On the other hand, as David Charter says in the Times,

The long-serving leader even talked openly of wanting the job, something considered extremely risky in top-level EU power-broking.

I’ll say. You need to learn some diplomacy, Bertie, m’boy.

Berlin is understood to favour Jean-Claude Juncker, the long-serving Prime Minister of Luxembourg, or Wolfgang Schüssel, the former Austrian Chancellor, but Britain will try to block both men as too federalist.

Wunderbar. So we do not want certain leading European politicians because they are federalists. Have we not been here before? There was the small matter of John Major getting all petulant and refusing to approve the appointment of the Belgian Prime Minister, Jean-Luc Dehaene, as Commission President, only to get the Prime Minister of Luxembourg (told you it was the perennial stand-by), Jacques Santer.

Right, so the Austrian and the Luxmbourgian are too federalist and the Irish one got caught with his hand in the till. Who else is there? Well, there is the Dane, who could be described as less federalist than the Luxembourgian, which means that the UK will not object. 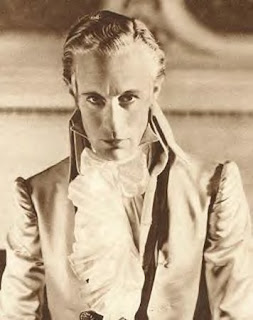 Anders Fogh Rassmussen, who has so far managed to avoid having to call a referendum on the Constitutional Reform Lisbon Treaty, has been described by Silvio Berlusconi “as Europe’s best-looking leader”. What more could one want? I would have preferred a Humphrey Bogart or a Jimmy Cagney look-alike but I guess Rassmussen will do and, at least, he understands freedom of speech and the need to fight terrorism. (Actually, Leslie Howard would have been ideal, as he was also Hungarian.)

“Anders is intelligent, he is liked, he is a centrist and he is keen,” an EU diplomat who knows the Danish leader said. He added that Mr Rasmussen, who has never publicly expressed interest in the EU job, has started learning French, one of the main working languages in Brussels.

“Whenever there is a big EU job, the leaders usually look round the table first and only look outside if there is no acceptable candidate,” the diplomat said.

One of the arguments against Mr Rasmussen is that Denmark opted out of EU policy on justice and defence as well as the euro. He is planning referendums to reverse some or all of these. “The feeling is that, if he pulls them off, he will have brought Denmark closer to the core of Europe,” a diplomat said. “At the end of the day, the question is not how much support you can gather but whether anybody is going to put their foot down. No one will put their foot down over Anders.”

Well, that seems to be the field so far. Any late entries?
Posted by Helen at 16:50