A reckoning to come 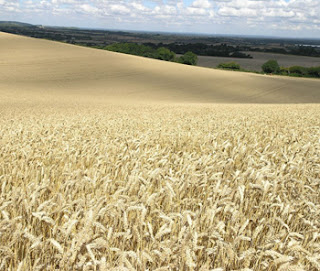 The upwards surge in wheat prices which we reported last in December is continuing apace.

On the European Union market, prices set new five-month highs on Friday while US markets surged to another round of new highs. In Paris, the March price was €7.75 higher at €277.00 per ton at end of trading while wheat futures in the US "sprinted" to a fresh all-time high of $10.93 per bushel.

Interestingly, the London feed wheat futures market, although higher, lagged behind the more rapid advances in Paris and Chicago. This is attributed to a more balanced supply and a lower demand for feed wheat, reflecting a downturn in the livestock market and the purchase of substitutes.

Nevertheless, the earlier trend is confirmed with one trader in Belgium saying, "The only way is up", all supporting earlier analyses that we are looking at a structural change in the market.

Still, however, the EU commission is failing to recognise the sea change, as is the media generally – witness this piece in the Independent which is still prattling on about "Fat cats" benefiting from EU farming subsidies.

This piece is by Colin Brown, the deputy political editor, who writes a long screed about the Queen and one of the richest men in London, the Duke of Westminster, being "among the biggest winners from this year's payment of farm subsidies."

Others are also cited, including the Mormon Church, evoking protests from Labour MPs who are saying that the money was being paid to so-called "fat cats" who did not need financial support – at the expense of poorer farmers in the Third World who were facing unfair competition from the EU.

Thus we get Labour MP Harry Cohen said: "The CAP costs a family of four nearly £11 a week and it is going to fat-cat landowners for no useful purpose. The sooner this system is reformed the better. It is a shocking scandal."

So it is that our valiant guardians fail to make the connection. While the Chinese are actually subsidising their farmers for the first time, in a bid to stave off shortages in primary commodities, we see here complaints that sums are being spent on supporting agriculture.

For sure, arable farmers are doing relatively well at the moment, but the livestock sectors are still under enormous pressure, which is only likely to intensify as feed costs continue to climb. Rather than cutting back subsidies, therefore, the EU should be looking to targeted assistance for the affected sectors, or face the prospect of real shortages as more and more farmers drop out of production all together.

But such is the disconnect in Europe that, not only is France still messing about with GMOs, having suspended the use of genetically modified corn crops in France today, the EU is processing new regulations on pesticides, which are set to reduce dramatically the number of plant protection compounds available to farmers. 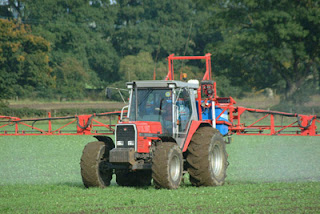 As resistance to some of the remaining compounds develops, growers fear they will see yield reductions and quality problems which could see the loss of some crops from certain regions. That say that, at a time of rising food prices and a need for farmers in Europe and the rest of the world to maximise production to feed both a growing population and satisfy growing industrial demand for biomass, hampering the agricultural sector in this way seems at best misguided.

Two of the major suppliers of crop protection products - Bayer CropScience and Syngenta – have commissioned a report from the Italian research institute Nomisma, called "European Agriculture of the Future: The role of Plant Production Products", which confirms that consequences of the regulations would be large yield reductions, significantly higher prices and much increased food imports.

Inevitably, this has been condemned by environmental activists, so MEPs and Commission officials are unlikely to be influenced by it as they stumble blindly down a path which will benefit no-one.

In due course, the food issue will impact on domestic politicians but, as yet, we are still in that strange twilight world where it has not registered. When they wake up to what will undoubtedly become a crisis, they will find that they not only have no power to affect supplies but that the EU, in recent history, has been doing virtually everything it can to restrict their availability.

For the moment, though, they can live in their sequestered, foetid little worlds. But the reckoning cannot be that long in coming. People will forgive many things of their politicians, but not when their bellies are empty.