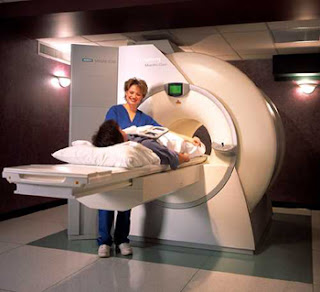 When it comes to glorious cock-ups, there are not many which can compare with the EU's failed attempt to bring in the Physical Agents (Electromagnetic Fields) Directive. This threatened to make illegal up to 30 percent of the MRI scans conducted in Britain each year, needlessly endangering the health of thousands of British patients, many of them children.

After bringing in the legislation, however, the EU was made forcibly aware of the effects of its new law and, in October last, quietly shelved it – a fact unreported by the MSM.

This action, however, had to be rubber-stamped by the council and the EU parliament. Yesterday it was the parliament's turn, also curiously unreported by the MSM, apart from the BBC website, in a classic example of hidden propaganda.

Had our own provincial government been forced to climb-down over a contentious and ill-advised piece of legislation, the BBC would have been crawling all over it, making the most of the humiliation. But, when its beloved EU cocks up, the BBC comes rushing to its aid with an outrageous piece of spin.

Thus does it report, "Scanner ban fears eased by vote", telling us that, "Controversial European rules which some (our emphasis) specialists claimed were a threat to vital MRI scans have been put on hold."

The "some specialists" to which the BBC refers, are of course the "leading experts on magnetic resonance imaging", including a scientist who won a Nobel prize for pioneering the technology - all of whom roundly condemned the EU's legislation, forcing its withdrawal.

You will not, however, get any hint of that from the BBC. "The directive set limits on exposure to powerful electromagnetic fields", smarms the Beeb, telling us that "doctors claimed" they were so low that using an MRI scanner could breach them.

Needless to say, the Beeb carefully exculpates the EU parliament, kindly informing us that, "the realisation that staff regularly operating the scanners in hospitals might be receiving an exposure higher than the proposed limit came only after the European Parliament had approved the measure."

In other words, without any idea of whether it would do harm or good, the parliament, after supposed scrutiny by its committees and the rank-and-file of over-paid MEPs, simply rubber-stamped it into law, making a mockery of the whole legislative process.

And, in this emollient "puff" the last word goes to a spokesman for the EU parliament. He is allowed to say that the directive, alongside new rules on exposure to noise and vibration in the workplace, "was designed to protect employees". He then adds, "There is still some question as to whether MRI would have broken the limits, but the European Parliament voted to take another look, and consider any amendments that might be needed."

Yet there was no question at all. The experts in the field universally condemned it, precisely because it would have prevented the use of thousands of scanners. But, the ordinary reader – courtesy of the BBC – must never be allowed to know that. The beeb is serving its paymasters well.