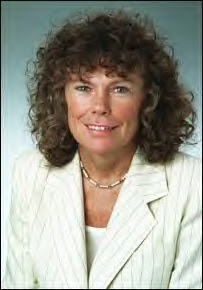 At least 150 of them, possibly 200, is what we were told not so long ago. That many Labour MPs were threatening Gordon Brown, telling him that they would defy the whip and vote for a referendum when the Constitutional Reform Lisbon Treaty is to be debated.

Our opinion on this blog was that those 150 or 200 or 5,689 or whatever figure you care to name, would disappear like morning mist and there would be half a dozen rebels left at most. Well, we were half-right. The 150 disappeared but the half a dozen was an overestimate.

Four Labour MPs, Frank Field, Kate Hoey, Gisela Stuart and Graham Stringer announced their support for the IWantAReferendum Campaign. They were threatened by the Chief Whip and two of them, Gisela Stuart and Graham Stringer gave in. They withdrew their support for the campaign and, one must assume, for the notion of a referendum on the treaty, though we must wait for the vote on the amendment.

Kate Hoey and Frank Field are holding out and there are calls for them to be expelled from the Parliamentary Labour Party, whether because they disagreed with the leader or because they were insisting on the party honouring its manifesto promise, is unclear. 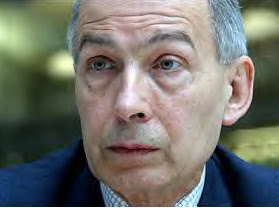 Meanwhile, Andrew Slaughter, the rather hysterical Labour MP and frantic opponent of the IWantAReferendum Campaign, of whom my colleague has already written, is becoming more and more ridiculous. You wouldn’t think that was possible but it is.

Now, in a remarkable escalation of efforts to prevent the Hammersmith referendum from taking place, Slaughter has reported IWR to the Metropolitan Police for allegedly breaching the PPERA sections relating to literature carrying an imprint.

As somebody who lives in the area I am absolutely delighted with the idea that the police will once again be directed away from chasing criminals or preventing crime. I was afraid if there were no more political shenanigans they might be reduced to doing just that. No sirree, they will spend their time working out whether IWR is breaching the PPERA (Political Parties, Elections and Referendums Act 2000) sections relating to whatever it is.

As the literature is not carrying a party political imprint, I cannot quite see how the complaint is going to be justified but it will keep the fuzz busy and off the streets so that’s all right.

Mr Hands gives his own explanation and it sounds reasonable to me:

Many readers will see two ironies here. First, this is the same Government that has spent the last 18 months believing that the PPERA does not apply to it. Second, my interpretation of the rules is this: no imprint is needed by IWR, as this is not a Government-organised referendum of the likes envisaged in the PPERA. These rules are for referendums like that seen in 2004 for the North East Assembly, or if there ever were a proposal to join the Euro. The irony here is this - if the Government did allow a referendum on the EU Constitution, as they promised before the 2005 General Election, then IWR would have to put an imprint on their literature!

I have already received my ballot paper. As readers of this blog know we are not convinced that the campaign will lead to anything by way of change in policies. However, I was, obviously, intending to vote and vote the right way. Now that my MP, Andy Slaughter, as he likes to be known, has made such a prize ass of himself, the need to vote has redoubled.
Posted by Helen at 22:54