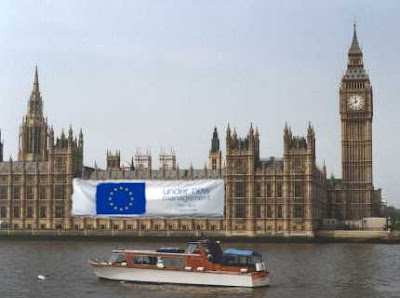 A letter in The Daily Telegraph, signed by a number of MPs from the new (2005) intake, suggests a procedure for sanctioning an MP who "has been found to have behaved improperly."

This is their partial and worthy answer to the continued problem of what they declare is, "diminished trust in politicians". It is one which Conservative Home looks at seriously with, as yet, a small number of comments.

One has to applaud the good intentions of the signatories but, in our own way – which some will no doubt dismiss as "sneering" – we have to say that this is simply another case of tinkering at the margins, without addressing the root cause of the problem.

At the heart of this displacement activity is a basic misunderstanding of the malaise affecting the body politic. It has become fashionable to talk in terms of "trust" in relation to politicians, as if that was somehow important. To us weary cynics, however, trust is an irrelevance. Anyone who invests trust in either politicians or the political process is either hopelessly naïve or needs their brains examined.

No, the heart of the problem is the uselessness of MPs – their irrelevance to the political process. Over term, they have handed down their own powers and responsibilities to that deadly combination of quangos and the European Union, to the extent that, in vast areas of policy, they are simply redundant.

In the nature of things, since they have no real power, they internalise, focusing in part on the few things over which they still have control, while mainly devoting themselves to the theatre of politics rather than the substance. From this stems not a lack of "trust" but a wholehearted contempt for politicians – a word which the signatories of this letter avoid.

It is not that we do not "trust" politicians. Trust is not an issue. We have wholehearted contempt for them as a breed – those useless mouths who preen and posture – and more so for those who line their pockets at our expense. This we wrote about in January and will continue "banging on" until the message gets through.

As always though, diagnosing the disease is one thing – administering the cure is another. In the first instance, the remedy lies in the hands of the MPs themselves. They as a parliament must reassert their own authority and take back the powers they and their predecessors have so freely given away. A good start would be to reject the government's mendacious line on the constitutional Lisbon treaty and turn the ratification over to a popular referendum. They have the power to do this, if they care to exercise it, remembering the old saw – power is not given, it is taken.

Of course, they will not. There are now too many seedy time-servers, rent-seekers and party apparatchiks in the House – those who enjoy and exploit the system for their own personal benefit, no matter how they dress it up.

That is why – despite the good intentions of the class of 2005 – we are going nowhere. The authority of parliament will continue to decline, because the MPs as a body are prepared to let it decline. And, if they do not address this issue, history tells us that, eventually, we will have to do it for them.