On the one hand … 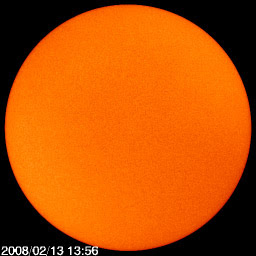 …you have the whatsupwiththat site telling us that the sun has gone quiet. Really quiet. There is almost no significant solar activity - we've seen months and months of next to nothing, and the start of Solar cycle 24 seems to have materialised then abruptly disappeared.

Given the current quietness of the sun and its magnetic field, combined with the late start to cycle 24 with even possibly a false start, it appears that the sun has slowed its internal dynamo to a similar level such as was seen during the Dalton Minimum.

No wonder there is so much talk recently about global cooling. Some say it is no coincidence that 2008 has seen a drop in global temperature compared to 2007.

Then, on the other hand, we get Nishika Patel of the Hong Kong Standard who observes that, "as Hong Kong shivers through its second-longest cold spell since 1885," scientists point to global warming to explain the abnormal cold weather phenomenon worldwide.

"We are seeing extremely unusual weather across the world," said polar researcher Rebecca Lee Lok-sze. "This is due to human activities and our style of living. Carbon dioxide emissions are heavy, which is changing the weather rapidly. We could see colder winters and hotter summers in the future in Hong Kong."

However, if you are confused, you could always rely on this prediction on the effects of climate change:

... [the] weather gets progressively worse and tends toward extremes: heat waves and cold snaps, floods and droughts, frost and snow in the tropics and bizarre hot weather as far north as Scandinavia.

This is from the best selling: The Cooling: Has the Next Ice Age Already Begun? by Lowell Ponte published in 1976. Eat your heart out Charles - time to invest here.