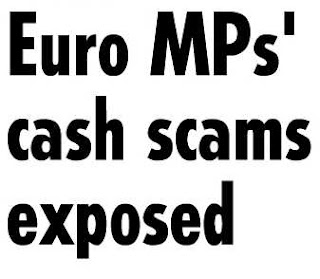 Chris Davies in The Guardian "comment is free" is given some bandwidth this morning to trill about how much he loves the EU parliament. Being an MEP, he writes, "feels like a proper job doing grown-up politics on a multi-national stage".

One cannot resist making the comment that, when Davies can only observe that it "feels" like a proper job, it is more or less an admission that it is not really a proper job at all.

Such cruel jibes, however, are not worthy of EU Referendum as this Euro-luvvie is really angry about the report into the system of paying allowances to staff. His first reaction is: "How dare some MEPs drag down the reputation of this parliament and all its members by twisting the rules to channel money into their pockets?" he splutters – although he must have been on another planet for the past decade if he was unaware of what was going on.

Anyhow, he is also mortified that the auditor's report is kept confidential secret, sternly declaring that the parliament "is supposed to promote the principles of openness and transparency". And he is also stricken by "simple fury" at the "sheer effrontery" of some MEPs.

Nevertheless, it appears that we may have slightly underestimated the amount of media interest in these fraudulent MEPs, with even the IHT carrying a report from the Associated Press on the issue. Unwittingly, it seems, it is adding a new phrase to the lexicon. After "drug abuse", "alcohol abuse" and even "solvent abuse", we now have "allowance abuse".

Perhaps some kind commissioner can get this designated as a medical ailment and bring out a directive which will require member states to provide counselling and support for the sufferers of this condition – undoubtedly due to the depraved deprived upbringing of these rich poor unfortunates. 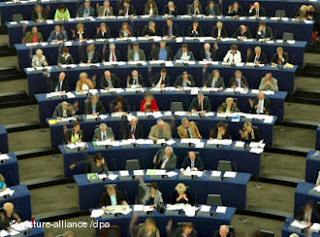 Deutche Welle also launches into the fray, and we even have a contribution from the The New York Times. This paper notes that, "the dispute hurt the European Parliament's efforts to shed its reputation for combining generous expenses with lax financial controls." Clearly, this is a medical condition.

Such is the growing fame of the Euro-snouts that China Post in Taiwan also carries a Reuters report, but it is The Daily Telegraph with Bruno Waterfield which is ahead of the game, giving the latest developments in this tawdry saga – not forgetting Bruno's sterling blog posting on the issue.

Hannan has also done a little digging into the subject and makes his own modest contribution and The Times - slow of the mark yesterday, is valiantly trying to catch up.

This paper goes so far as to publish a leader which tells us that, "The MEP gravy express must be made to hit the buffers". A relationship can survive a surprisingly large number of rows, it opines: "the danger sign to watch for is the silence of contempt". Well, there is plenty of that around – it is one of the few things that are free these days. 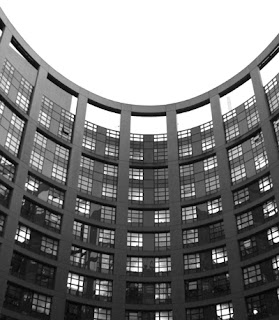 However, The Times does say that the immediate publication of the report and the naming and prosecution of MEPs against whom there is evidence are "obvious steps" to take. They are, it says, the barest minimum required for the EU to be taken seriously on this issue. "That the chances of them being taken appear close to nil speaks volumes," it adds.

Hilariously, Aljazeera also has a go, alongside the BBC, which also had Newsnight poking fun at the grubby little shenanigans of the MEPs.

The Sun, though, can always be relied on for the most lurid phrasing and it does not disappoint. "Crooked MEPs are trousering cash meant for workers’ wages," it tells us. Meanwhile, Eurosoc puts the matter into perspective. Despite the bad publicity, the MEPs really don't give a f*** what we think. And, believe me, the feeling is entirely mutual.