Look far back in order to look forward 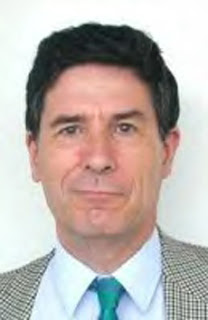 Got back very late last night from Oxford where I attended a lecture given by Professor Christopher Andrew of the University of Cambridge. These days the two ancient universities have given up their internecine warfare in order to unite against the rest of the world, which all too often does not appreciate them. By this I do not just mean the idiotic demands from the government that they open their doors to more students from “deprived” backgrounds regardless of ability or desire to study but the rest of us, as well, who think that it is time those hallowed establishments examined a little closer what it is they are producing by way of so-called ideas.

However, Professor Andrew, an expert on intelligence and its history, the man who has given us the Mitrokhin Archives, among many other important works, is always good value.

Luckily, the dinner afterwards was under strict Chatham House rule so I am not allowed to write about the usual, yawn-making academic jibes about the stupidity of President Bush and, especially, President Reagan. They really hate Reagan and the country that makes it possible for a man with his background become president simply because he is the best candidate around. They would never acknowledge the man’s intelligence, wide reading as well as his sound instincts. But hey, who cares? The Gipper rules OK.

The talk, however, was extremely good. Professor Andrew was addressing the topic of what early twenty-first century intelligence agencies can learn from the twentieth century. His point was that it is not just the twentieth but all other centuries that they should learn from. One must look far back into the past to see the future. I believe Winston Churchill said something along those lines.

According to the talk this generation of intelligence officers and analysts (as well as politicians but that goes almost without saying) is, possibly, more full of hubris and arrogance than any other. They do not think that it is necessary to study anything that happened more than twenty years before.

Quite so. The best description of a totalitarian state is in “Macbeth”, in that seemingly dull scene between Macduff and Malcolm at King Edward’s court in England. The account Macduff gives of Scotland under Macbeth (historically entirely inaccurate but who cares) has more than a whiff of the Soviet Union under Stalin. One cannot help wondering about Elizabethan and Jacobean England that had given the playwright such an accurate understanding.

Though the lecture concentrated on the hubris of the early twenty-first century intelligence community, it is clear that he saw the problem as being somewhat older than that. How else can one explain the paucity of material about terrorism and “holy war” in various journals on both sides of the Atlantic in the years and even decades leading up to 9/11?

I may add that there were studies outside the official intelligence field that warned about the growth of Islamic terrorist groups throughout the nineties but, clearly, hubris extends to not wanting to know what anybody outside your own circle says or writes. I have already written about the reluctance to acknowledge that there are many things we know we do not know and the many more things we do not even know that we do not know, to paraphrase Donald Rumsfeld’s brilliant comment. (He did not come up for discussion but I can imagine the sneers among all those academics, who, in their smug superiority got many things as badly wrong as the intelligence analysts did.)

So we have a situation in which all warnings of Soviet subversion, including the stories that Islamic groups were being funded, armed and trained, were largely ignored or placed into the “exaggeration” file. Others tell that warnings from the early nineties that odd things were happening in some of the British mosques were also filed among the exaggerated “unknown unknowns”.

We are fighting an enemy that is adept at many things, including propaganda. The one thing they do not seem to be able to manage is build up a decent state with decent life for the people in it. So if they cannot have it, nobody can and they will try to make sure that will happen.

They are adept at propaganda and subversion because they were taught by the best – the Soviet elite, while people in the West, Britain in particular, sat back and talked grandly about exaggeration, just as now we snigger at the expression “unknown unknowns”.

Looking back into history is always useful though, bearing in mind some comments by those on the eurosceptic fringe, it is useful only if one studies history first rather than grabs at a few unrelated facts and fancies.

I recall an earlier conference on the subject of terrorism and how to deal with it, which was addressed by Deputy Assistant Commissioner Peter Clarke. As befits a senior officer of the Metropolitan Police, he said little that was new or even interesting.

Understandably, he spent a great deal of time explaining why it was so difficult to deal with the terrorist groups and organizations or, even, the groups that might harbour terrorists or give support to same. In the end it boiled down to one thing: they were not like the IRA in structure, attitude or political thinking.

One of Professor Andrew’s themes yesterday was that the need to fight the IRA blinded many analysts and commentators to look at other, possibly more difficult issues. And if anyone pointed them out, as I mention above, they were dismissed as being “unknown unknowns”.

Still, there have been historical precedents for the kind of terrorism that we have had to face in the last ten years, and not all that long ago. I asked DAC Clarke whether he or anyone around him had bothered to have a look at the international and, apparently, nihilistic terrorist groups of either the late nineteenth - early twentieth centuries or, closer to our own time, those of the seventies.

His brusque and impatient “yes, yes, yes but the main issue is that the IRA …..” told me all I needed to know. Nobody in the higher or, for that matter, lower echelons of the counter-terrorism hierarchy had bothered to do so. And if they did, DAC Clarke would have dismissed them as brusquely as he did my question.

As for Shakespeare, I doubt if DAC Clarke even knows how relevant his judgements are to the modern day.
Posted by Helen at 13:36