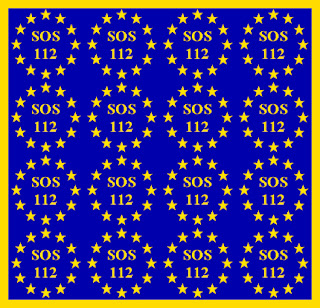 Today is 11 February which, expressed in numerical form is 11/2 – something which the EU commission could not let pass – 112 being the single European emergency number.

It has therefore launched a new initiative, calling for "EU citizens" to be "better informed" about the number.

To the commission's alarm, it appears that only 22 percent of its ungrateful "citizens" can spontaneously identify 112 as the number to call for emergency services anywhere in the EU. Thus, it tells us, a recent EU-wide survey has found that there is significant room for national authorities "to better inform their citizens". This is an interesting mix of phrasing – when the EU wants the member states to do something, these mythical "EU citizens" suddenly become "their citizens".

That aside, the number – which was first introduced in 1991 so that "travellers in Europe would be able to dial just one number, rather than having to memorise a different one for each country" - has since 2003 also been available on mobiles in 26 of the 27 member states.

Despite that, it has languished in obscurity with Booker reporting in 2003 that that, after its introduction to Britain in 1994, this led to 500,000 calls of which only 500 proved genuine. Most were either "silent calls" or resulted from misdialling, yet the police had to waste untold hours answering each one.

Such callous disregard for the benefits of membership of the European Union could not, of course, be tolerated by the "colleagues" in the EU Parliament who – led by Lib Dim MEP Diana Wallis, last year, demanded that the commission "do something".

Hence the new initiative and, from today, should your mansion burn down or your manservant or maid get run down by an automobile, the commission would much prefer you to dial their number instead of 999 – all in the interests of European unity. We are sure you will all be happy to oblige.