It was that big! 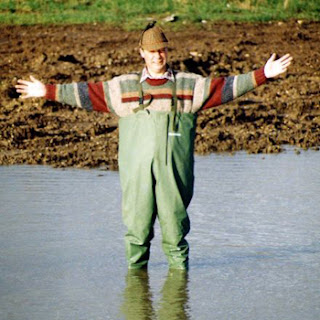 In The Sunday Times today, certain allegations are made about the conduct of MEP Nigel Farage in relation to the use of his allowances, and diverse other matters. Since we have followed the "allowance abuse" story closely, it would be perverse if we did not comment on this article.

We are not the first by any means to have done so. The story has been noted by Conservative Home and a response has been posted by England Expects. Tim Worstall has taken his stance and so has The Huntsman. Needless to say, Richard Corbett has also been quick to add his penn'orth, as has the BNP.

If the allegations are true, then they could be embarrassing, to say the least, for Nigel. His party, however, has emphatically denied them.

Two points, though, are worth noting. Firstly, if a complaint was made by UKIP about the Sunday Times, it would not be first time – and the last one was thrown out.

Secondly, before a newspaper of the stature of The Sunday Times proceeds with stories of this nature they are invariably "legalled", during which process journalists are required to substantiate their claims. That system is by no means foolproof but, in this case, it does mean the paper was satisfied that there was some evidence for the allegations made.

Clearly, if the Sunday Times has told a whopper, it is now up to Nigel and any other injured party to seek to secure from the paper an apology and whatever other recompense they feel appropriate, by whatever means. Upon the outcome of that, our judgement must rest.