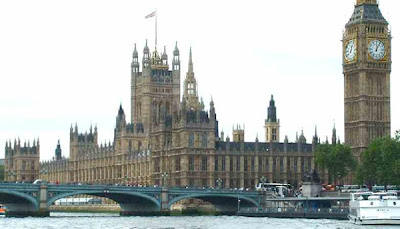 Mr Hannan wants us to come down to the parliament in Westminster tomorrow to lobby our MPs for a referendum on the constitutional Lisbon treaty, an event organised by Iwanta referendum.

In his blog, he declares, "It can never be stated too often that, out of 646 MPs, 638 stood on the basis of a manifesto commitment to a referendum. They need to be held to their word. And who better to do the holding than their own constituents?"

He has a point, and to reinforce it, he entitles his post, "Your country needs you", thus emphasising the well-established role of "people power" in a representative democracy.

Thus – with or without the lobby - the treaty ratification will go through the Commons and, on current arithmetic, there are insufficient members in the Lords to ensure a majority for a referendum amendment. After, perhaps, a token protest, the treaty will be ratified by the Lords as well.

At best, therefore, tomorrow's lobby will also be a token protest. It will achieve nothing more than to put down a marker that there is a small, if vocal minority who are vociferously opposed to the treaty (and our membership of the EU). But MPs knew that anyway and, frankly, they do not care – or care enough to make it an issue. 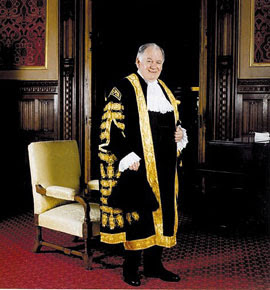 The mood of the House is well illustrated by its response to the growing criticism of the Speaker, Michael Martin, who yesterday received the approval of the collected MPs in the chamber, to the horror and disgust of many of those watching the parliamentary TV channel and subsequent news bulletins.

But it was Andrew Gimson, writing in his "Commons sketch" in The Daily Telegraph, who captured something of the malaise which afflicts the somewhat less than honourable members of that institution. He writes:

John Spellar (Lab, Warley) had earlier managed during Home Office questions to speak of "an attempted coup from the press gallery" and pointed out that it is MPs rather than journalists who choose the Speaker.

Mr Spellar is right to suggest that Mr Martin has ferocious critics in the press, some of whom consider it a virtue to argue with an umpire who, in their opinion, is incompetent.

But a far greater danger to the Commons has surely been posed by successive British governments, which have passed very large parts of its power to other bodies, notably in Europe.

Michael Howard (C, Folkestone and Hythe) pointed out at Home Office questions that the European Court of Human Rights, and not Parliament, is about to rule on whose DNA is to be permitted to remain on the United Kingdom's DNA register.

Meg Hillier, the junior Home Office minister, who replied to this question, seemed not to understand it, remarking that DNA is "a fantastic crime-solving tool" which the Government wishes "to sustain". This was a technocrat's reply: what matters is solving crimes, with the question of who makes our laws treated as subsidiary, if not totally irrelevant.

No wonder MPs have fallen into low esteem, when they take such a low view of their own role. The vast majority of them form a great conformist lump of low-grade careerists who will do whatever the executive tells them.

They, not Mr Martin, are the people undermining Parliament. Mr Martin, with his friendly, fuddled smile and his lamentable Air Miles, is the Speaker those conformist MPs deserve.

Sadly, this is all too true. And the most remarkable thing about the Lisbon treaty is that the biggest loser of all is parliament. More than anything, it is parliament that is being marginalised, consigning it to the status of a local council debating chamber which can discuss laws passed down to it by a higher authority, but cannot change them.

The fact of this, though, is that most MPs do not care about that either – or are in denial. Either that or, like Mr Baker, they are ignorant of the very nature of our new form of government, and have neither the will nor the intellect to do anything about it. Others, like Mr Clegg, simply see political opportunity and personal advancement, and are prepared to put these above the interests of our nations. 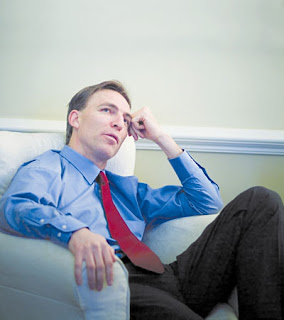 Despite the dissembling of Europe minister, Jim Murphy – and the bunch of fellow travellers who spout the same nonsense, no better can be seen the demise of parliament than in Article 12 of the new consolidated treaty, with the insertion of a new article which states:

National parliaments shall contribute actively to the good functioning
of the Union.

Under current constitutional doctrine – in theory at least – our Westminster parliament is sovereign in its own house. That much is stated proudly on the parliament web site, as pointed out by Booker and others recently. But, by accepting this mandatory requirement, incorporating as it does, the word shall MPs are accepting de jure that which has been de facto for some time – that parliament is no longer a sovereign body. It has subordinated itself to the treaty.

Refer then to Protocol 2, and in particular Article 6 which states that, "any national parliament … may …". This is the provision which "allows" our parliament to make representations to the EU commission on subsidiarity. It is a power that our parliament already had but, the treaty, in graciously granting such a power, again cements Westminster's position as a subordinate body.

Good stuff, you might say, except that you no longer own your house – in the sense that ownership necessarily conveys with it the right to occupy the premises. You now occupy it under licence from the government. And the licence that the government has granted, it can also take away. You are no longer "sovereign" in your own house.

Thus it is with parliament. When the majority – as they will – vote to ratify the treaty, they will be wiping out centuries of tradition and abolishing a fundamental tenet of our constitution.

The reckoning will not come tomorrow or immediately. Over term, however, we will see the continuation of the gradual decline in the authority of the parliament as it is consigned more and more to the margins. This will be reflected in the continued decline in election turnouts, as more and more people sense, mostly intuitively, that parliament is no longer relevant.

Even that, though, will not cause most MPs to stop and think. As long as they are members of an exclusive club, with their privileges, salaries, expenses and pensions – all paid-for by the grateful taxpayer - why should they care? In the end, as we have been wont to observe, we are going to have to shoot them.