A case-study of impotence 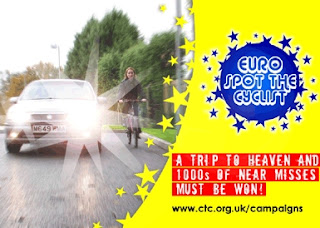 Tucked into The Sunday Telegraph very much as a down-page item is a story headed, "Daytime car lights to be mandatory".

From this, we learn that all new cars are to be fitted with automatic daytime headlights within four years, the paper adding that the government had previously opposed the idea on the grounds that using lights in the daytime would increase fuel consumption and emissions. But, it has conceded it was unable to oppose European legislation.

The story is based on the response to a parliamentary question from Greg Knight, to which Jim Fitzpatrick, the road safety minister, answered:

The UK has been successful in arguing against the introduction of mandatory use of dipped headlamps during daylight hours by drivers of existing vehicles. However, from early 2011 all new types of passenger cars and light vans will have to be fitted with dedicated daytime running lamps in accordance with the relevant European directive. By summer 2012, all new vehicles will have to be so fitted.

As an illustration of the opacity of the system of government which we must now endure, several hours of research this afternoon has been unable to unearth the "directive" to which the minister refers, nor when it was agreed and under what circumstances.

However, what does become very clear is that this is a very contentious measure. Since the EU commission launched its consultation in August 2006, the measure has been opposed by car drivers, cyclists and motorcyclists, all of whom argue that the safety benefits are, to say the very least, equivocal.

Furthermore, it also transpires that this issue has been kicking around for many years, but the prime mover has not been the European Union but our old friend UNECE. It is this body which is responsible for framing motor vehicle standards in Europe – not the European Union.

Through multiple reports, in a process in which HM government has been fully involved, it has progressively amended existing "legislation" – the co-called "dual international quasi-legislation", leaving a paper trail which is about as clear as mud. Documents such as this, this, this, this, this, this, this and this, all make reference to the issue but there is no clear decision path and no obvious date on which an agreement was made that daytime running lights should become mandatory.

However, it is at UNECE level that the original agreement would have been made, one which the EU is obliged to accept. Thus, by the time it gets down to EU level, the measure is locked in stone and there is absolutely nothing the parliaments of the member states can do about it.

What we have had, therefore, is a process that has been running for many years, with massive discussions between officials – with the very occasional intervention by ministers – a full-scale consultation exercise with groups in all member states and then the appearance of legislation. But this has all been done at a European level and they only time our parliament gets to know about it formally (or at all) is after the new law is made and due to go into force.

In a different time, this highly contentious measure is one that we would expected to get a full airing in parliament, with a vote taken representing the best interests of the nation, based on full evaluation of the issues and the competing claims.

But the one body which has not been involved is that parliament, demonstrating its impotence with absolute clarity, as completely irrelevant to the legislative process. No doubt, the MPs are highly delighted with this. Relieved of the duty to discuss and approve legislation, they have that much more time for constituency work, for electioneering, for internal politics and for submitting their expenses claims.

But, when they no longer take part in the very process for which they were (nominally) elected, we are entitled to ask what they are actually for, and whether we still need them.